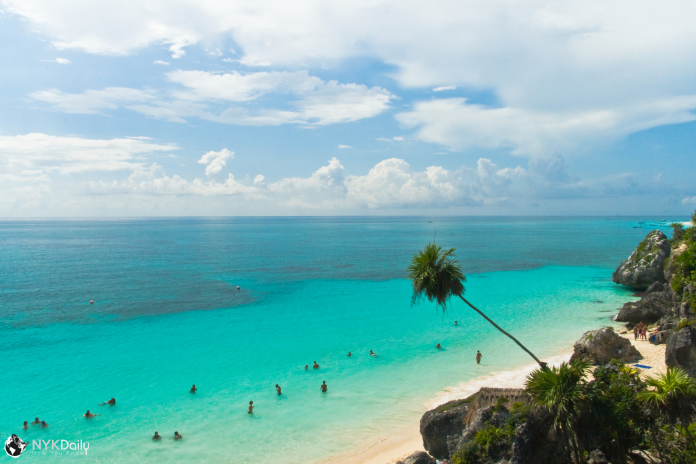 Mexico is one country where many strange things happen, and you are never far from one bizarre event or the other. An excellent example of this is what they call the Day of the Dead (Dia de Muertos), which is one vast ceremony carried out in cemeteries and graves with people wearing the scariest costumes ever.

You may think that nothing can be more macabre than this, but you’re mistaken. There are haunted places in this nation that will leave your jaws on the floor. Whether it is shocking stories of shrieking mummies or ghosts of children, Mexico will shock you to your core, so be prepared.

The haunted sites of Mexico are just like scary stuff right out of a classic horror movie. They are not like anything you have seen or heard before. It is like visiting another planet entirely. Here are seven macabre locations in Mexico that you can visit at your own peril:

This location is in the capital, Mexico City, and the innocent-sounding name should not even fool you. It is perched on the dreaded Lake Xochimilco’s shores and has achieved notoriety as one of the country’s terrifying places.

First-time visitors will be hit upon arrival by old plastic dolls without arms, heads, or legs. It all started with a stomach-churning tale of how Don Julian Santana inhabited the area for more than half a century. He was the one who started the tradition of collecting dolls with the belief that they were going to ward off evil spirits. He did this following the discovery of the corpse of a little girl who had drowned in the lake. The most bizarre thing about this place is that tourists have reported seeing the dolls on the trees communicate with them or even move!

The thing in Mexico generally is that the metro and even public buses are believed to be the domains of ghosts and all kinds of spirits. But the Tasquena Station is the spookiest of all the metro stations. The scary story is that an older adult is fond of haunting individual passengers right on the platform. However, Mexicans say that the old spirit is a friendly one and belonged to a man who died during a scuffle in the station and is just protecting passengers.

There is the worrisome Belen Cemetery located in Guadalajara’s heart, and it is known as an abode for ghosts and all kinds of horror-inducing spirits. Local folklore states that several vigilantes murdered a vampire by piercing his heart with a stake and proceeded to bury the remains in the cemetery, but that was not all.

Not long after, the stones placed over the vampire’s tomb started cracking, but the most incredible part is the stake: the murder weapon had become a massive tree called the Vampire Tree. There is a shocking belief that if the tree should die, the monster will be unleashed. This belief is taken very seriously, and the authorities have taken it upon themselves to construct a metallic fence around the tree to protect it.

This majestic building can pass for an architectural site in Guadalajara, but you will quickly recoil in fear when you realize that it is one of the nation’s most haunted spots. It has been used as a barracks for soldiers, home for orphans, and even an asylum in the past, but the lingering story is that it is a place teeming with ghosts.

You can think of hiking through a tropical jungle but the story of Quintana Roo forests will make even the most avid wildlife hiker change his or her mind. There is a ghost named Juan del Monte, and it has made the jungles of this area its home. This ghost is so hellish that it is said to talk like humans to deceive the visitors and get them lost.

This is a small school for kids, and it has become one of the most fascinating destinations for lovers of horror. As the tale goes, a little boy was having a pleasant time with marbles in the bathroom for girls when he mistakenly swallowed one of the marbles, and eventually died. Visitors and schoolgirls swear that they hear weird laughter and the sound of marbles whenever they visit the same bathroom where he choked.

This is one heartwrenching site that will leave you shocked even if you are a passionate lover of horror movies. This place has some of the strangest collection of mummies found in a cemetery in the area. No one really knows the full story but locals say the mummies perfectly express human emotions and even talk to themselves. Mexico is one weird place!