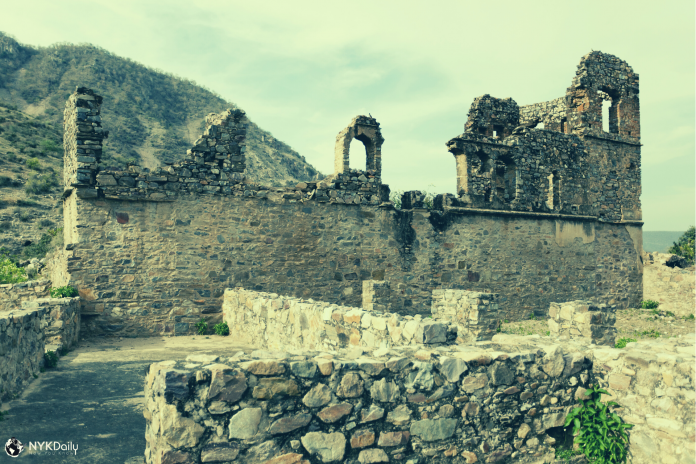 Human beings have always been mesmerized by the supernatural and mysterious, and this is why many are drawn to the paranormal bordering on horror. The urge to experience the bizarre makes the most curious travel to various parts of the globe.

Even though spirits, demons, and ghosts are still in the realm of controversy, it has not stopped the popularity of haunted places in the world. Talking of haunted places, India has its fair share, from scary old mines to spirit-filled castles. This article focuses on the six spookiest sites in this great country and the ultimate land of mysticism. Let’s explore it below:

This is one of India’s spookiest places, and neighboring villagers are terrified at the mere mention of the fort. Situated in the Alwar region, Bhangarh is so haunted that no one lives in the town. This is a place that is considered so unsafe that the Archaeological Survey of India had to ban anyone from approaching its ghostly fort once the sun sets. If you have the determination, you can explore the grounds of the fort.

According to legends, it all started in the 16th century when a tantric called Singhia fell helplessly in love with Ratnavati, the charming princess of Bhangarh. As he knew that he stood no chance, he decided to utilize magic spells to attract her.

Unfortunately for the tantric, the royal daughter knew of his plans and had him sentenced to death. But the tantric was not going to go down alone. Before he died, he placed a curse on the palace declaring to be a roofless and haunted place. The spell remains in place, and locals believe it is life-threatening to venture to the fort after sunset.

How to get there: If you feel you have enough adrenalin, board a bus from Jaipur until you reach the bus stations at Thanagazi or Dausa. If you alight at Dauza, the fort is just 20 minutes away, and you can walk there. However, if you alight at Thanagazi, take a taxi to Bhangarh.

Here is a mine that once hosted thousands of works, but today, the Lambi Dehar Mines are not just abandoned; they are also one of the nation’s scariest places. As a result of the dangerous working conditions, absence of safety regulations, and strings of accidents, many workers died there, and it is believed their spirits haunt the place. You can still tour the mines and see the abandoned machinery and tools.

How to get there: The mines are located just outside Mussoorie at about 10 km from the famous Mall Road. You can get there via a private cab; it is about 35km from Dehradun.

Many believe that ghosts in the shape of beasts prowl the grounds of this cemetery every night. There are reports of strange and alien-like noises emanating from the tombs in this location. No one knows precisely what haunts the Kalpalli Cemetery – it is the stuff of horror. But you can explore the graves and the ruins.

How to get there: It is best to reach Kalpalli Cemetery by taking the bus or metro. Lines that ply the cemetery routes regularly include 126A, 127, and MBS-8 for the buses and the Purple metro line.

Rajasthan appears again in this haunted places list because of the truly scary Kuldhara Village located close to Jaisalmer. Initially populated by the Paliwal Brahmins, this is a horror place by all descriptions. The story starts with the baffling disappearance of all the villages of Kuldhara and the other hamlets in the region in 1825 – no one knows where they are till today.

Trouble started when the state minister fell in love with a girl from the village and insisted that he would slam massive taxes on the villagers unless they gave him the girl in marriage. Rather than give in to his threats, the village chief and others in the nearby villages left their homes and placed a curse on the land for eternity. The abandoned houses are still there, so you can tour and explore if you are bold enough.

How to get there: You can get to Kuldhara from the airport at Jaisalmer or take a train from New Delhi, which will take 13 hours. If you are in Rajasthan, you can use any of the many taxis.

Located in Pune, this 18th-century fort is majestic in its architecture, but it is also one of India’s most blood-curdling places. It was once the base of the Peshwas of the Maratha Empire. The belief is that a specific ghost menacingly haunts it – the spirit of the fifth Peshwa Narayanrao after his merciless murder as ordered by his uncle. People have reported hearing the piercing screams of the helpless man around midnight. You can still wander around the fort and admire its elegant structure.

How to get there: You can reach Pune via any of the major airports in the country, and once you are in Pune, you can take any bus or private taxis directly to the fort.

It is not a surprise that cemeteries are the best places to find ghosts and the South Park Cemetery in Kolkata is a good example here. The belief is that this particular cemetery, which is one of the oldest in the city, is haunted by countless ghosts of British soldiers, and many people have claimed seeing ghosts and other apparition there.

Most people claim that there is always a lady walking among the graves adorning a white saree. You can tour the grounds of the cemetery and the nearby structures.