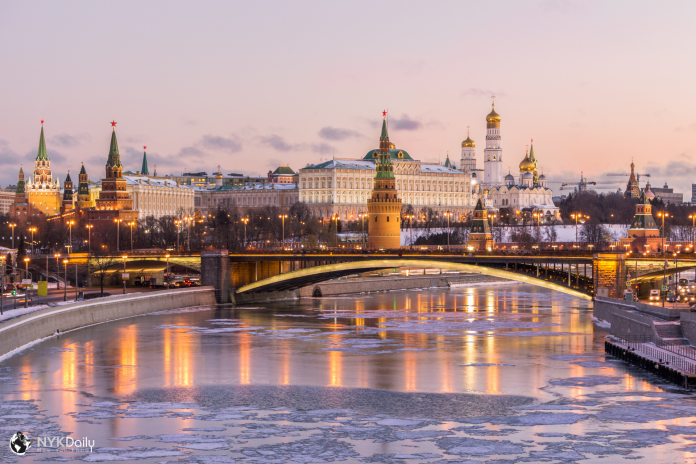 Moscow is an A-class list by all definitions. It is the most significant and capital city of the largest nation globally by area, the Russian Federation. This historic city possesses over 20 million in its metropolitan area, making it one of the most populous cities. Moscow was established in 1147 and today, it has evolved to become a magnet for millions of tourists. If you even find yourself in this splendid Russian city, here are few weekend getaways you must not miss!

This eye-catching hotel is one of the well-known ‘Seven Sisters’. It held the record of the tallest hotel in the world from when it was constructed until 1975. It boasts of 505 bedrooms alongside 38 apartments, and it is now a hotel under the Radisson Collection Hotels Group. It remains the tallest hotel in Russia, and is the peak of five-star luxury.

The hotel is located on Kutuzovskiy Boulevard, and you can get there via taxis directly from the airport or any part of the city.

What to do there:

Enjoy the best of Russian and international cuisine at its several restaurants. The hotel has Beefbar Junior, Lobby Bar, Troubadour Karaoke Bar, Tatler Club Restaurant, Veranda Restaurant, FARSI Restaurant and many more. You can also relax with some of the most soothing and energetic songs in the bars.

The best route for you is to take the commuter train from Moscow and you will be at the Ostankino Tower in less than 20 minutes. You may also choose to take the bus on line 15 but that will take you about 90 minutes.

When you are doing learning about the tower, you can then enjoy some very traditional Russian meals and many snacks. There are many restaurants and eateries at the base of the tower, you should check them out. It would help if you also remembered to take those spectacular photos at the tower itself.

If you are in Moscow with your lover or family members, Gorki Park is the perfect place for your weekend leisure. It is a central park in Moscow and it was opened in 1928, making it a historical site. It covers 300 acres (120 hectares), and it features several gardens, an educational center, a museum of contemporary art, a summer cinema screen, lakes, churches, public toilets, an ancient hunting lodge, rotundas, and caves.

There are seven lines directly from the Moscow Metro that will take you to the park. These lines are all public transit access, and they are Vorobyovy Gory (Line 1), Park Kultury (Line 1), Park Kultury (Line 5), Oktyabrskaya (Line 5), Oktayabrskaya (Line 6), Leninsky Prospekt (Line 6), and Ploshchad Gagarina (Line 14). The metro line is the best and easiest way to get to the Gorky Park even though there are cabs.

Eat to your fullest at the Prawns Café or the Paella House. You also get to take some of the most scenic photos with stunning backgrounds. Relax by the ponds and enjoy the energy surrounding its countless fountains. Visit the grottos and learn more about the history of Russia.

What is a weekend getaway in Moscow without the Red Square? This is the most prominent city square in Moscow, Russia. It divides the Kremlin, the President of the Russian Federation’s official residence, from a historical trading center known as the Kitai-gorod.

Red Square is the capital city’s central square, and it is an ideal place for any weekend getaway. This UNESCO World Heritage Site is Russia’s heart and the site of various carnivals, events, exhibitions, and carnivals. While you are at Red Square, you will always have something interesting to watch or engage in. If you time your outing very well, you might even be lucky to witness massive military parades.

Take the train from the metro stations, especially Teatralnaya, Ploschad Revolutsii and Okhotny Ryad. Moscow has some of the most beautiful metro systems in the world. There are also several taxis that you can take directly to Red Square.

Tour the most spectacular attractions on the Red Square – this will start with Lenin’s Mausoleum, which houses the preserved body of Vladimir Lenin, the founder of the Soviet Union. The Kremlin is located to the south alongside the glistening cathedrals and palaces of the Saint Basil’s Cathedral. If you are a lover of shopping, Red Square will be a paradise for you.

There is a massive GUM departmental store where you can shop all day. Visit the State Historical Museum to learn about the history of this great country. Check out the countless marble and bronze statues all over the square and take photos with as many as possible.

This is a historic theater in Moscow, and it was opened in 1825. The theatre itself is an architectural wonder and is known for some of the most renowned opera and ballet performances. It showcases the finest of Russian architecture and entertainment.

You can take the public transit lines on the Moscow Metro network; you can use the Okhotny Ryad or Teatralnaya stations to be nearest to the site. You can also take taxis, but taxis are generally costlier than the metro.

Enjoy any of the superlative ballet and opera performances. You can get your ticket from the official website of the theatre and its partners.