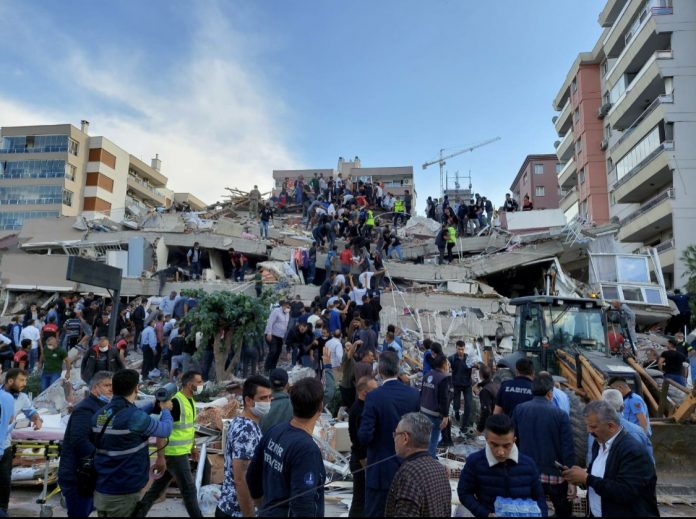 A strong earthquake struck the Aegean Sea on Friday and was felt in both Greece and Turkey, where four people were killed as buildings collapsed in the coastal province of Izmir.

People poured onto the streets in panic in Izmir city, witnesses said, after the quake struck with a magnitude of up to 7.0.

The tremor could be felt as far away as in Istanbul and on Greek islands, where officials said eight people suffered light injuries on the island of Samos. High tidal waves were seen in both countries and led to flooding on parts of the Izmir coast.

Turkish state media quoted the Disaster and Emergency Management Presidency (AFAD) as saying four people died, one due to drowning, while 120 people were injured.