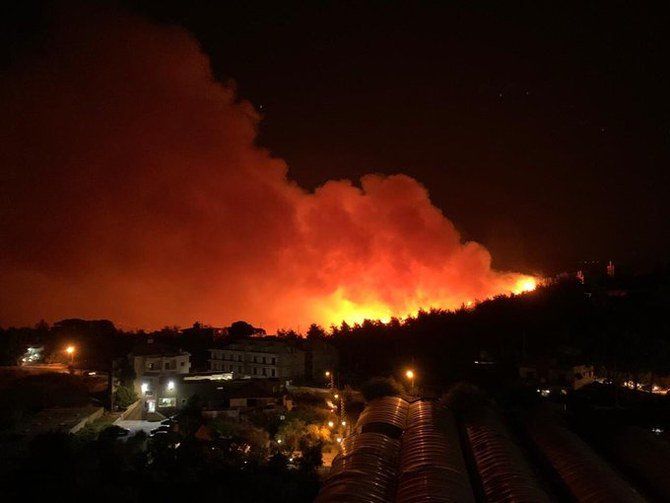 Agricultural lands have been engulfed by wildfires in the countryside of the Hama Province, a Syrian official said on Wednesday.

Cited by the pro-government Sham FM radio, Muhammad al-Hazouri, governor of Hama, said between 7,000 dunam (7 square km) to 8,000 dunam have been burnt by the wildfires that have intensified over the past few days in the countryside of Masyaf area in Hama.

The governor said no civilian got physically hurt by the fire as they have escaped.

He stressed that the main goal was to put down the fire, acknowledging that there has been a failure in some areas due to the tough geographic location.

The governor said 95 percent of the fire was contained but new fires have emerged in the same region.

A day earlier, helicopters of the Syrian army took part in extinguishing the fire in the towns in Masyaf.

On Wednesday, state news agency SANA said that an Iranian aircraft carrying 40 tons of water joined the Syrian helicopters in fighting the fire.

It was not immediately clear what had caused the fire but it comes as very high temperatures are sweeping the country.