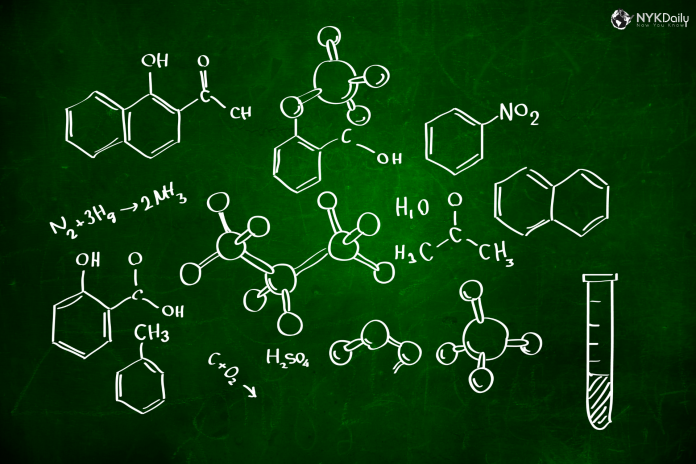 Without the pure sciences like chemistry, there is no way all the advancements we have made over time in science and technology would have been possible. Talking of chemistry, it is the branch of science that focuses on studying elements, compounds alongside their properties, nature, structure, behavior and changes that happen when they react with other substances.

As science is about the organization in the pursuit of knowledge, several organizations sprang up for the advancement of science, and one such is the International Union of Pure and Applied Chemistry (IUPAC).

The establishment of IUPAC was indeed out of necessity. The idea of an international standard for chemistry was first brought to the fore in 1860 by Friedrich August Kekule von Stradonitz, a legendary organic chemist from Germany. He raised the issue at an international committee of scientists where the theme was establishing a worldwide system of naming organic compounds.

It was the conclusion at the meeting that led to the standardized IUPAC naming system of organic chemistry. Over the years, IUPAC has evolved into one of the most useful, relevant, and essential societies in the chemistry world.

Since its creation, IUPAC has been the brain behind updating and maintaining the official and standardized organic nomenclature. The association was created in 1919, and today, it has its headquarters in North Carolina, United States of America.

Over time, the IUPAC committee has established itself as the leading agency responsible for naming inorganic and organic compounds. This naming system is done in such a way that any compound that is quoted is in adherence to the rules and standards. This is important to avoid the duplication or repetition of names.

In other words, IUPAC has brought order and efficiency in the world of chemistry. To aid chemistry education worldwide, IUPAC regularly releases publications regarding the nomenclature of organic compounds.

As expected, some rules govern IUPAC nomenclature, and these apply to both organic and inorganic compounds.

How IUPAC Naming is Done

When it comes to the naming of organic compounds using IUPAC standards, the naming has three fundamental parts. These include the substituents, mainly the atoms or group of atoms that have replaced one or more hydrogen atoms on the hydrocarbon chain, then the carbon chain length, and the third is the chemical end.

The substituents are any of the functional groups that have been linked with the main carbon chain. The main carbon chain is also the longest unbroken chain that is possible. As for the chemical end, it signifies the precise kind of molecule that is present. To illustrate, if it ends in ‘ane’, it refers to a carbon chain with a single bond, like hexane or propane.

Another instance of the IUPAC naming system for organic compounds will be with a compound called cyclohexanol. The name sounds simple enough, but it packs a lot of meanings. For example, the substituent name here ‘cyclo’ stands for a ring compound, and it denotes a set of atoms in the compound arranged in the shape of a ring.

Then there is an indication of the substituent name, which points to a six-carbon chain, explaining the ‘hex’. The ‘ol’ is the chemical ending denoting alcohol, while the ‘ane’ is a chemical ending that shows for a single-bonded carbon chain. Then, of course, the ‘anol’ indicates a pair of chemical ends that have been combined – these refer to a carbon chain with a single bond but with alcohol that has been linked to it.

The names of cycloalkanes and alkanes are the main names of organic compounds. Beginning with the five-carbon alkane, the number of carbons in the chain is indicated by the Latin or Greek prefix.

The naming system for inorganic compounds following the IUPAC protocol is composed of two sections: the anion and the cation. The cation is the ion that carries the positive charge and the anion is carrying the negative charge.

A good example here is the naming given to a white crystalline substance named potassium chlorate. In this case, the potassium stands for the positively charged ion (potassium), while the chlorate refers to the ion carrying the negative charge.

How will our sun die?