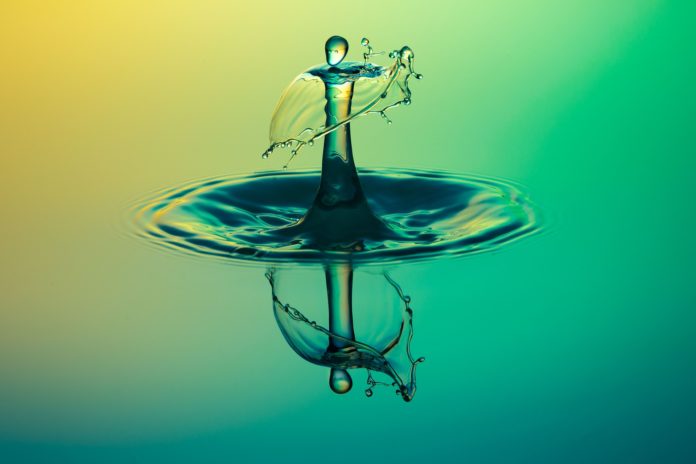 One of the main issues that we tend to encounter throughout our lifetime is a problem with dehydration. Some of us have been dealing with chronic dehydration since we were very young. Unfortunately, very few people understand what is necessary for you to overcome the problem in this area. The simplicity of rehydrating your body is often overlooked to curing various issues that we may be having.

The human body is composed of 25 percent solid matter and 75 percent water. To eliminate waste, provide nourishment, and regulate all the body functions, we need water. However, most present-day societies no longer stress the value of drinking water as the most potent “nutrient” among all nutrients. Entire community groups are replacing water with coffee, tea, coffee, and other mass-produced beverages. Many people don’t understand that the body’s natural thirst signal is a sign that it requires pure, clean drinking water. Instead, they opt for other beverages to believe that this would satisfy the body’s water requirements. This is a false impression.

Indeed, beverages such as coffee, tea, beer, wine, juices, and soft drinks contain water. Still, they also contain alcohol, caffeine, artificial sweeteners, sugar, or other chemicals that act as active dehydrators. The more you drink these beverages, the more dehydrated you grow because the effects they create in the body are precisely opposite to those produced by water. Caffeine-containing drinks, for example, trigger stress responses that have massive diuretic effects (causing increased urination). Beverages with added sugar raise blood sugar levels, which use vast quantities of cellular water. Regular consumption of such beverages results in long-lasting dehydration, a common factor in every toxicity crisis.

There is no practical or logical reason to treat an illness (toxicity crisis) with natural medications or even with synthetic drugs and methods unless the body’s need for hydration has been met first. Medicines and other medical drug forms can be dangerous for human physiology, primarily because of their dehydrating effects. Today, most patients suffer from ‘thirst disease,’ a constant dehydration state in some regions of the body. Unable to eliminate toxins from these parts due to insufficient water supply, the body is faced with the results of their destructive effects. The lack of recognition of the essential aspects of water metabolism in our body can be held accountable for seeing a disease when it is the body’s urgent cry for water.

Those who have survived for many years without proper water intake are the most likely to surrender to the build-up of toxins inside the body. Chronic disease is always followed by dehydration and, in many cases, caused by dehydration. The longer a person lives on a low water ration and on a high percentage of stimulating beverages or foods, the more rigorous and long-lasting is the toxicity crisis. Obesity, Heart disease, rheumatoid arthritis, cancer, diabetes, hypertension, stomach ulcers, Alzheimer’s, and many other chronic forms of the disease are accelerated by years of “body drought.” Infectious agents such as viruses and bacteria cannot thrive in a well-hydrated body. Drinking enough water is, therefore, one of the essential preventives for any disease.

A significant indicator of dehydration inside the body is pain. In response to rising water shortage, the brain stores and activates the primary neurotransmitter histamine, leading certain subordinate water regulators to redistribute the bulk of water in circulation. This system helps move water to areas needed for necessary metabolic activity and survival (from drought). When histamine and its subordinate regulators for water intake and distribution come across pain-sensing nerves in the body, they cause sharp and continual pain. These pain signals, as they exhibit, for example, in neuralgia, angina rheumatoid arthritis, low back problems, dyspepsia, hangover headaches, migraine, etc. are necessary to alert the person attend to the question of general or local dehydration.

Taking pain-relieving medications such as antacids or antihistamines can cause irreversible damage in the body. They not only fail to mark the real problem (which may be dehydration), but they also cut the link between the neurotransmitter histamine and its subordinate switches, such as Renin-Angiotensin (RA), vasopressin, kinins, and prostaglandin (PG). Although the pain-killing drugs’ action can reduce local pain for a while, they stop the body from recognizing the priority areas for water distribution, adding confusion to all its functions. Antihistamines – also known as allergy drugs – effectively prevent the body’s histamines from securing balanced water delivery.

In addition to exposing the water-regulating mechanisms, painkillers become useless after reaching a certain pain threshold because the brain takes over as a primary center for controlling pain perpetuation (unless, of course, the body is hydrated again). If the body produces pain out of its own accord (not caused through an injury), this should first be described as a cry for water. The use of painkillers, which defeat this cardinal signal of local and chronic dehydration in the body and “short circuit” its emergency routes, sabotages waste elimination and sows chronic illness roots.

Working 24 hours, 365.24 days, our brain requires more water than any other part of the body. Under natural conditions, it contains about 20 percent of all the blood that flows through the body. It is concluded that brain cells consist of 85 percent water. Their energy demands are not only met by metabolizing glucose(sugar), but also by generating “hydroelectric” energy from the water drive through cell osmosis. The brain depends significantly on this self-generated source of energy to maintain its complicated processes and efficiency.

Water deficiency in the brain tissue cut downs its power supply, thereby depressing many of its vital functions – hence the word depression. With a low level of brain energy, we cannot meet our social and personal challenges and succumb to fear, anger, anxiety, and other emotional problems. We may feel drained, stressed, lethargic, and depressed. The chronic fatigue syndrome, which is commonly known as M.E., is mainly a symptom of increasing brain dehydration and consequent retention of metabolic toxins in the brain. The syndrome may go on its own when the afflicted person stops stimulating the brain with caffeine, drugs, tobacco, animal products, etc. and starts a following rehydrating program.

I know you will rush to your water cooler after reading this article.