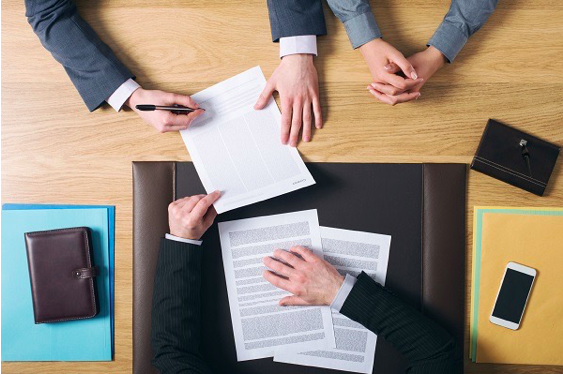 It doesn’t take an expert to know that a felony is a serious thing—to go through, to be accused of, or to hear about regarding someone you know.

But do you know the different levels of felonies and the consequences that come with each? Not every felony is treated the same way, and understanding the differences will help you know what to expect if you ever need to. A second-degree felony sounds serious, but there are limits on how harsh the punishments can be.

Keep reading for an overview of second-degree felonies and what happens after a person is charged with one.

What Do the Degrees Mean?

Each state has its own criminal codes, and these often divide felonies into categories of different severity. Lower numbers—or earlier letters in the alphabet, as you’ll see in the next section—denote higher penalties, while higher numbers are for shorter sentences and smaller fines.

Not every state will use these numbered or lettered levels, though. Instead, some treat each type of felony (and misdemeanor) as its own category, with its own sentence ranges and fines. If you’re wondering what the policies are in your state, you can look up the statute where you live.

Some states will use letters instead of numbers for the different levels of felonies. These are often called ‘classes’ instead of degrees or levels. A basic way to match the lettered classes of one state to the numbered degrees of another is as follows:

A Class A state felony in one state will correspond to a first-degree felony in another state. This means, if you’re trying to learn about second-degree felonies, the information relevant to you would be Class B state felonies in places that use a letter system.

To figure out the prison sentences and fines attached to a certain felony, you’ll have to know whether it was a state or federal crime. In general, federal felonies carry harsher punishments.

Keep in mind that a second-degree felony will correspond to a Class B state felony, but it is different from a Class B federal felony.

What a Second-Degree Felony Covers

Each state will have its own ways of determining which crimes fit with each degree or class of felony, and as you saw earlier, not every state will have these categories to begin with. There are differences from state to state, but these are the usual things a second-degree felony covers:

This category will likely cover assault, including aggravated assault and felony assault. This is separate from assault and battery, which is often marked as a third-degree felony.

It also covers manslaughter—but not involuntary manslaughter, which is typically a fourth-degree felony—as well as child molestation and possession of a controlled substance.

And arson might go with anything from first-degree to third-degree categories, depending on the details of the case.

A second-degree felony will have a typical range of $10,000 to $20,000 in fines. Some states have higher maximums, even over $100,000, so make sure to check the ranges in your state. Repeat offenders will often face the higher ends of those ranges, as well as defendants for white-collar crimes.

If you or someone in your life is facing prison time for a second-degree felony, you may be wondering how they can pay such a large amount of money. They will be in prison serving their sentence, so it might seem odd to ask them to pay money they will not have.

The tentative answer here is that some judges will take this into consideration and reduce a fine if it seems that the defendant will have no way of paying the fine due to their prison sentence.

In many states, a second-degree felony will also bring with it a loss of certain rights. This is an important thing to understand, because depending on your state, you may get back some of these rights once you complete your sentence. In some states, though, you will have to take direct action to get back those rights, even after the sentence is complete.

These rights include the right to vote, to hold state office, to have certain jobs, to own a firearm, and to join the military.

You might think that these, especially the right to vote, are rights that belong to everyone, but this is not the case in the U.S. legal system. Check the rules in your state to see whether you will need a formal procedure in order to restore those rights.

Ranges for second-degree felony prison sentences, like the fines, will differ from state to state. In general, though, you should expect a maximum sentence of 10 or 15 years. Some states draw the cut-off lower, like 9 years, or higher, like 20.

But this is not the true maximum. Check your state’s regulations to see the situations that can cause sentences beyond the state’s regular maximum limit. These might be specific offenses, prior convictions, certain weapons used, or a combination of these details.

Not all states will have a minimum sentence, but if there is one, it will likely be around 2 years. You should note that these minimums, like the maximums, can change based on an extended sentence.

Receiving news of a second-degree felony charge against you or someone around you can be alarming, but it is important to stay informed throughout the process. Knowing what to expect and what to fight for can make a big difference in how you handle the next steps.