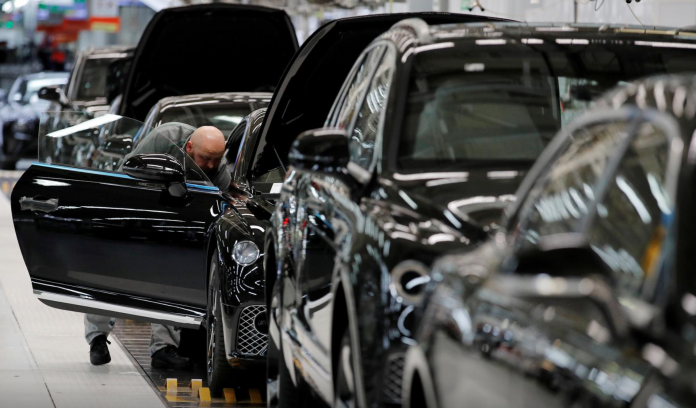 British manufacturers see no evidence of a ‘V’-shaped recovery from the coronavirus pandemic underway and many are planning to slash investment, a business survey showed on Monday.

The Make UK industry association and accountants BDO said output and orders had improved from historic lows struck last quarter during the depths of the pandemic.

But the survey’s quarterly gauge of investment intentions fell to -32% from -26%, almost touching depths last seen in the financial crisis.

“Manufacturing has begun to climb away from the abyss that it stared into earlier in the year,” said Stephen Phipson, chief executive at Make UK.

“But, make no mistake it is going to be a long haul back towards normal trading conditions, with talk of a ‘V’-shaped recovery nothing more than fanciful.”

The possibility that Britain and the European Union fail to agree a trade deal before the end of the Brexit transition period would be a “final nail in the coffin” for many manufacturers, Phipson added.

Output in Britain’s manufacturing sector was still 8.7% below its pre-pandemic level in July, according to official data published earlier this month.

Like other indicators of the labour market, manufacturers’ employment expectations deteriorated in the latest Make UK/BDO survey, although its gauge of future output improved somewhat.