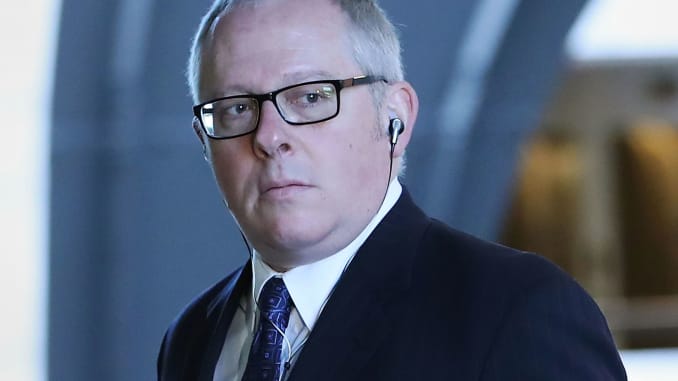 Michael Caputo, the top spokesman at the U.S. Department of Health and Human Services (HHS), will take a two-month leave of absence, the agency said on Wednesday, after a social media tirade drew widespread attention.

The move came two days after the New York Times reported that Caputo, a former adviser to President Donald Trump’s presidential campaign, said on Facebook that government scientists were engaging in “sedition” in their handling of the pandemic.

Caputo said without evidence that the Centers for Disease Control and Prevention (CDC) was harboring a “resistance unit” determined to undermine Trump, according to the report. He also said that armed left-wing terrorists were preparing for insurrection following the election.

He has since apologized to HHS staff for his behavior, according to multiple media reports here on Tuesday.

HHS, the cabinet department in charge of combating the coronavirus, said in a statement that Caputo had decided to go on a leave of absence “to focus on his health and the well-being of his family.”

Caputo said he decided to take the leave to undergo screenings for a “lymphatic issue” discovered last week. He said he had experienced unexplained weight loss but did see a doctor.

“This was a mistake, and contributed to my stress level, along with the increasing number of violent threats leveled at me and my family back in Buffalo,” Caputo said in a statement.

Ryan Murphy, the principal deputy assistant secretary for public affairs, will be in charge of Caputo’s office during his absence, the agency said.

Paul Alexander, a senior policy adviser to Caputo, will be leaving the department, HHS said.