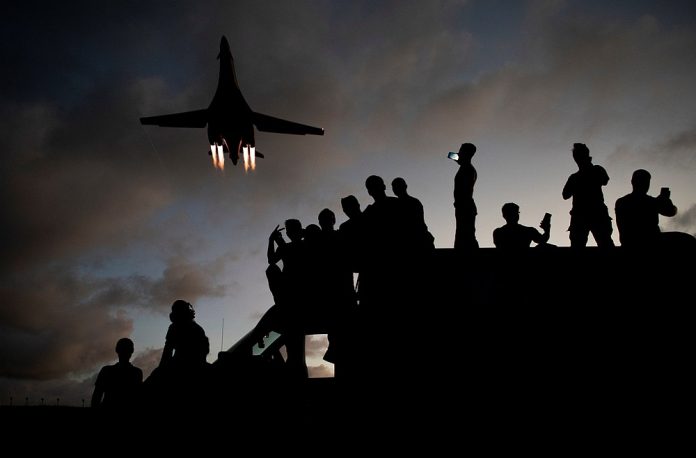 The commander of Andersen Air Force Base on the U.S. Pacific island of Guam on Friday said a Chinese air force video that seemed to show a simulated attack on his facility was “propaganda” designed to coerce and antagonise.

The video showed nuclear-capable H-6 bombers striking what appears to be Anderson, though it did not directly mention the base name, as regional tensions rise and the U.S. carries out a major biennial drill near Guam.

“I’m always concerned about our ability to protect our service members and their families,” Brig. Gen. Jeremy T. Sloane, Andersen’s commander, told reporters on a conference call about the ongoing Valiant Shield exercises.

The Chinese government has not commented on the video, which lifted taken some scenes from Hollywood movies like “Transformers: Revenge of the Fallen”, to the amusement of posters on Chinese social media.

It was released on Sept. 19 on the Chinese air force’s Weibo account, in the midst of the Sept. 14-25 Valiant Shield drill.

“The exercise itself is going to go on as planned because it’s designed to make sure that we’re trained and ready to conduct ourselves across a variety of operations in the Indo-Pacific and to support our allies and partners.”

Guam is home to major U.S. military facilities, including the air base, which would be key to responding to any conflict in the Asia-Pacific region.

The video also came as China carried out a second day of drills near Chinese-claimed Taiwan, to express anger at the visit of a senior U.S. State Department official to Taipei.

The H-6 has been involved in multiple Chinese flights around and near Taiwan, according to Taiwan’s air force, including those last week.