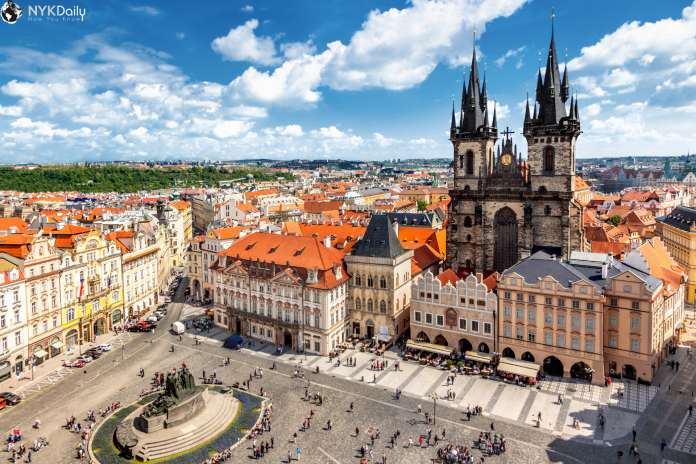 Located right in the heart of Europe, the Czech Republic is one of the most enchanting nations to visit on the planet. From unforgettable cuisine to breathtaking castles to 14 UNESCO World Heritage Sites to majestic mountains, and a lot more, this is one country that should be on your list. Take memorable photos in chateaux hundreds of years old or check out medieval ramparts with your lover as you soak in the fresh air of Czech villages.

How to Reach the Czech Republic

Of all these airports, the busiest and the largest of them all is the Vaclav Havel International Airport in Prague. Others include the Brno-Turany Airport, Pardubice Airport, Karlovy Vary Airport, Hradec Kralove Airport, Kunovice Airport, and the Ostrava Leos Janacek Airport. Several local and international airlines have flights to the country, so you can reach it from practically any part of the globe.

Top Attractions in the Czech Republic

The Czech Republic is one of the most visited nations on earth because it is a safe nation full of amazing people and spectacular sites. Some of the top attractions include:

Located in Prague’s capital city’s historical section, it crosses the Moldau (Vltava) River, and its construction commenced in the 14th century. It is truly iconic and is also referred to as the Prague Bridge or the Stone Bridge. Whether you are traveling alone in the early morning mist or shoulder your way through the 11am crowds, traversing the Charles Bridge is the quintessential Prague experience. Its 16 elegant arches have confronted wheeled traffic for 500-odd years until it was made pedestrian-only after World War II.

Karlštejn Castle, 30km southwest of Prague, was constructed in 1348 as a hideaway for the kings of Holy Roman Emperor Charles IV. After falling into the perils of decay, it’s been renovated to fairy-tale perfection and wouldn’t look out of place on Disneyland’s Main Street. Entry is only by guided-tour and is best booked in advance by email or phone. Even if you don’t go inside, the views of Karlštejn’s beautiful exterior are worth the journey alone.

It is a vast and breathtaking natural and cultural landscape complex in the Valtice and Lednice areas of the South Moravian Region. The Unesco-protected landscape of Valtice-Lednice is a popular weekend destination for Europeans. You can explore the historic architecture, plus two world-class royal palaces, and bike and hike to sample the region’s wines. The two towns are about 10km apart, joined by regular buses and a scenic footpath.

This is an iconic town located in the Central Bohemian Region of the country, and it is teeming with the history and culture of this fantastic land. In Kutna Hora, you are going to see the Sedlec Ossuary and the Saint Barbara’s Church. The village became a Unesco World Heritage Site in late 1990s, attracting visitors with an array of historical sights. It looks flower-bedecked best in June, but you can visit any time of the year.

This park has the highest point in the nation, and it is known for its spectacular scenery, panoramic views and countless hiking trails. While at this park, you can even see Poland. The national park is the most famous hiking region in the Sudetes and boasts 33 courses covering 80 miles. The two main gateways are Karpacz and Szklarska Poręba, from where most tourists ascend Mt Śnieżka and Mt Szrenica, respectively. The red hike runs right along the ridge between the two mountains for longer walks, with excellent views on both sides. The track also passes along the uppermost edges of the kotły. You can stroll the whole stretch in six to eight hours. If you begin early enough, it’s possible to do the Karpacz–Szklarska Poręba (or vice versa) trip within a day, preferably using the chairlift to Mt Kopa or Mt Szrenica to speed up the original ascent.

Make your visit to the country most memorable by visiting the Punkva Caves, located close to Brno. It is one of the most impressive underground cave systems on the planet. It has a giant cave abyss in the country, and you can explore it on foot and enjoy trips on its subterranean river system.

This is so valued that it is a protected zone with outstanding beauty. The waterfalls were created by the Huntava stream and located in the Nizky Jesenik mountain range, which is one of the most popular sites of attractions for tourists in the country.

What to Eat in the Czech Republic

When it comes to cuisine, you are going to find the Czech Republic to be exceedingly impressive. This is because many of the country’s meals are based around meat, especially pork, goose, chicken, rabbit, duck, and even venison.

So, if you are a meat lover, this is the culinary destination for you. In some places too, you can enjoy fish-based dishes, mainly carp and trout. There is a lot for you to consume in this country. You can start with the iconic Bohemian platter, which is made up of beer sausage, cabbage, bacon, bread, potato dumplings, roast pork, and roast duck.

Of course, the delicious jitrnice is a blend of pork offal and meat alongside spices. There is also Tlačenka, which is made from chicken or meat alongside onion, bread, vinegar, and various spices. Other dishes you can try include jelito, slanina, klobasa, Skvarky, gulas sSkana pecene (mincemeat that has been baked), and many others.

You cannot enjoy these dishes without trying out any of the beers or wines in the country. The Czech Republic is known for having some of the finest and cheapest beers or vintage wines anywhere in the world. Beers include Pilsner, Staropramen, Budweiser Budvar, or Bavorak. Of course, others include Starobrno, Krusovice, Breznak, and Bernard.