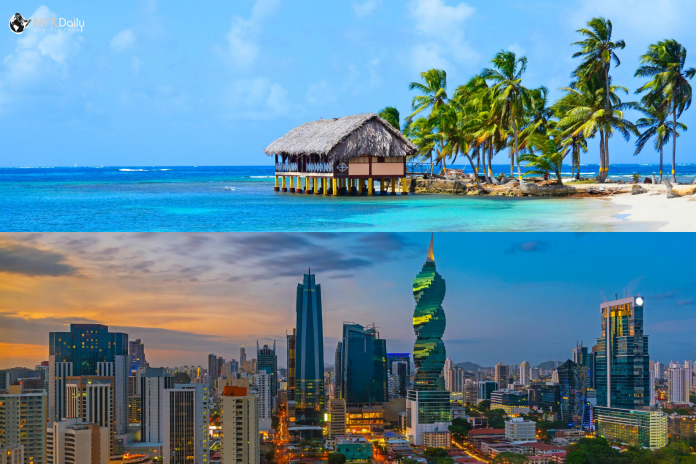 From coffee farms to the clear turquoise seas and smoke forests of Chiriquí, Panama can be as exciting as you wish.

Things to do in Panama

With plenty of abandoned islands, monster Pacific swells on one side, and chilled Caribbean vibes on the other, Panama is capable of delivering the best of beach life. A whole different world starts at the water’s end. Embrace it by snorkeling the rainbow reefs of Bocas del Toro, scuba diving with whale sharks in the Pacific, or sailing in the indigenous region of Guna Yala. Meanwhile, surfers will be thrilled to have world-class breaks without any waiting period. Hello, utopia.

Panama City is culturally driven and diverse, rough-edged yet modern. And there’s much that’s new or revised. Central America’s first subway is running, the historic Casco district has been tastefully renovated, and an extensive canal expansion is constructed. Take in the city’s fashionable particulars. Explore the Casco, pedal the coastal green space, or frequent an avant-garde performance, and you will know this sultry capital isn’t only about salsa: that’s just the shadow.

In Panama, nature is all about experimentation. Explore the wrecks of Spanish forts on the Caribbean coast or vessel deep into original areas in a canoe. Wildlife is trivial: a bright quetzal on the highland trail, an abandoned troupe of screaming howler monkeys outside your ship, or a massive whale that turns your ferry ride into an adrenaline-filled experience. Adventure tourism means swimming alongside sea turtles, running through rainforest canopies, or hiking to sublime cloud-forest vistas. One small hot country with two long coasts makes for a lovely playground.

You don’t have to make it to the Darién to get off the beaten path – though if you do, you’ve reached one of the most diverse places on the planet. Go where the natural things are. Soak in the shower of towering waterfalls near highland Santa Fé. Visit one of Panama’s seven natural groups through society tourism. Live out your castaway escapes in the Guna Yala or idle on a desert beach in Península de Azuero. Howl back at the people sharing the canopy. Panama is as fascinating as you want it to be.

Places to visit in Panama

Parque Nacional Coiba: This national marine park includes Panama’s largest island, Isla de Coiba, and beautiful biodiversity; more than many species of whales and dolphins have been identified, including sperm whales, killer, and humpback whales. Several species of turtle and crocodile and 15 species of snake walk the island and endless birdlife.

Finca Los Monos Botanical Garden: One of the pleasures of visiting Bocas is exploring the ‘Monkey Farm’ garden a couple of kilometers northwest of the center. Beautifully carved out of 10 hectares of secondary rainforest over almost 20 years, it contains hundreds of species of imported and local trees and plants and is overflowing with wildlife.

BioMuseo: Celebrating Panama as the land bridge that has allowed extraordinary biodiversity in the region, this world-class museum will bless your eyes. Displays tell Panama’s rich biodiversity through oversized, engaging visuals, exploring human presence throughout time, how the Pacific and Atlantic evolved separately, and the interconnectedness of all species. A more symbolic than literal approach creates a new view.

Museo de Arte Contemporáneo: This excellent privately owned museum features the best selection of Panamanian art anywhere, a fantastic collection of works on paper by Latin American artists, and the special temporary exhibition by a national or foreign artist.

Parque Nacional Marino Isla Bastimentos: This 132-sq-km marine park was Panama’s debut in the National Park race. Protecting 130 islands of the Bocas del Toro archipelago, including the wetlands in the center of Isla Bastimentos and the coral-fringed Cayos Zapatillas, the marine park is an important nature reserve for caimans, sloths, mangroves, monkeys, crocodiles, and two-dozen species of reptiles and amphibians.