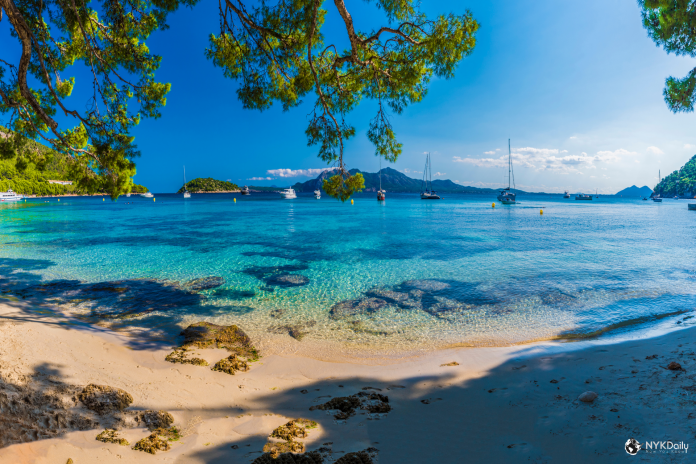 Enclosed by lush, picturesque mountains, Mallorca’s island is an extravagant holiday destination for many across the world. It is also known as Majorca and is the largest isle among the Balearic Islands in Spain. Miles of the blue sea provide a perfect backdrop for a lazy afternoon for a chill holiday experience. But that’s not all, for the adventure junkies there are activities like scuba diving and snorkeling.

How to reach there?

Mallorca, a part of the Cabrera Islands, is a trendy holiday destination and has one of Spain’s busiest international airports. The center of this island, Palma, became the Balearic Islands’ autonomous community’s capital in 1983. Its airport, Palma de Mallorca Airport, is the third-largest airport in Spain. More than 28 million passengers used it in the year 2017.

Lanzarote, the third-most populous Canary Island, has an international airport, Arrecife Airport. It is situated 5 miles from Arrecife, which is the capital of the island. About 6 million passengers travel to this airport every year.

Initially an Islamic fort, this robust construction opposite the cathedral was turned into a home for the Mallorcan kings at the end of the 13th century. The King of Spain still lives here. The royal family is seldom in residence, except for the special ceremony, as they favor Palau Marivent (in Cala Major). At other times you can stroll through a blend of cavernous stone-walled rooms that have been extravagantly decorated. The Romans are believed to have built a fort here, perhaps on a prehistoric settlement. The Governors of Muslim Mallorca remodeled and extended the Roman original to construct their own fortress, before Jaume-I and his heirs modified it to such an intensity that little of the alcázar remains.

The first narrow room you enter has a black-and-white Mudéjar ceiling, symbolizing day and night extremes, light, and darkness. You then enter a set of three grand rooms. Notice the bricked-in Gothic arches cut off in the middle. Originally these three rooms were double their existing height and formed one great hall added to the primary Arab fort and known as the Saló del Tinell. This was once a big ceremonial and banqueting hall. The rooms are graced by period tapestries, types of furniture, and other curios.

Palma’s vast cathedral (‘La Seu’ in Catalan) is the city’s principal architectural landmark. Apart from its utter scale, treasures, and established beauty, its striking interior features, designed by Antoni Gaudí and celebrated contemporary artist Miquel Barceló, make this unlike any cathedral elsewhere worldwide. The incredible structure is entirely Gothic, apart from the main facade, shocking, quite beautiful, and fully mongrel. The charming rose window is the largest in Europe; see it up close by exploring the roof gardens.

This house, magnificent by any definition, was one of many residences of the wealthy March family. Sculptures by 20th-century legends, including Henry Moore, Auguste Rodin, Eduardo Chillida, and Barbara Hepworth, adorn the outdoor terrace. Within lie many more decorative treasures. Not to be avoided are the beautifully crafted figures of an 18th-century Neapolitan belén.

Things to do in Palma de Mallorca