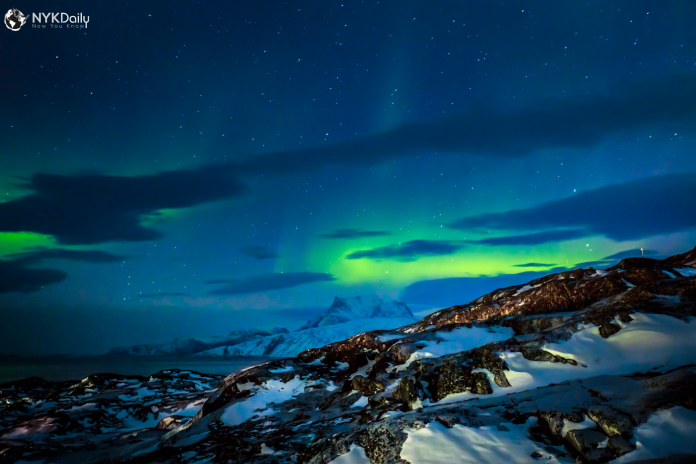 For anyone who loves travel and adventure in the Arctic, one of the best places they will find is Greenland. This is the largest island globally and full of amazing wonders and sites with a mind-blowing history. If you want to visit a faraway land with remarkable landscapes that are heavenly, Greenland is it. Although it is the most oversized island on the planet, Greenland receives less than 100,000 visitors, mainly because of its geographical location. Tourists who have visited Greenland always want to return.

If you visit during the summer, you can enjoy sailing among incredibly massive icebergs all under the majestic midnight sun that never sets. If you visit during the blistering winter, you can enjoy dizzying speeds on the snow as hefty Greenland dogs hurl you across this timeless landscape on rugged sleds. Whenever you choose to visit, you can get the best of the attractive villages, hospitable people, nutritious dishes, and fantastic fjords.

How to Reach Greenland

Greenland is far from most places on earth as it is situated between the Atlantic and Arctic Oceans but that should not bother you – reaching this colossal island is easy. The best way to reach Greenland is by taking one of the commercial airlines dedicated to the routes around the island. Airports in Iceland and Denmark are well-suited for this. That means from wherever you are coming in the world, once you arrive in Denmark and Iceland, Greenland is not far away at all. Another choice is to go on a cruise ship.

Air Greenland is a commercial airline with frequent flights from Copenhagen, the Danish capital, to Greenland’s international airport at Kangerlussuaq. This airline also organizes flights on a seasonal basis to Narsarsuaq and Nuuk, the capital of Greenland.

There is also Air Iceland Connect, which flies all through the year from the domestic airport in Reykjavik in Iceland to Kulusuk, which is located in East Greenland and the capital city of Nuuk in West Greenland. The same airline also has seasonal flights to Nuuk, South Greenland (Narsarsuaq), Arctic Circle (Kangerlussuaq), and Disko Bay (Ilulissat). Some cruise companies, mostly from Canada, the United States, and Europe, organize trips to Greenland for those who want to go by sea. So as you can see, you can easily reach Greenland with a few flights or a cruise ship.

For those who have not been to Greeland before, it may not be an easy task to select where to visit. To make it easy, the island can be divided into four regions based on how popular they are with the tourists. These include the following:

As the island is unbelievably vast, you should select just one area and concentrate on it. This is because Greenland has a lot to offer you, and by selecting one region, you will not be overstressed and you get to save money. Here is each of the areas with main sites of attraction for tourists:

This is the most popular place for tourist attractions on the island. You can visit places like Disco Bay in this region and check out the massive icebergs in Ilulissat. If you want to experience the best dog sleds and the midnight sun, North Greenland is the place for you. If your visit is during winter, then you can observe the dazzling Northern Lights. It is best to go from September to the end of March period if you want to enjoy the Northern Lights’ brilliance.

For the lovers of hiking, mountaineering, and enjoying backdrops of icy fjords or even hot springs, South Greenland is perfect. This region also has a lot of local villages and settlements.

This is amazing in terms of natural beauty. It has floral valleys, gigantic icebergs, and imposing mountains alongside its unique cultural features. It does not have a lot of population like other parts of Greenland, which explains why it is different.

This is referred to as the entry point of Greenland, and this is because it is the location of Kangerlussuaq, the biggest airport on the island known for its proximity to a sprawling ice sheet. It is in this region that the biggest cities are situated. These include Nuuk, which is the capital city, and Sisimiut. Both towns are ideal for snowboarding and skiing. Wherever you visit in Greenland, you are sure to have an exciting time.

What to Eat in Greenland

The most popular dish in Greeland is Suaasat, a kind of soup made using seal meat. Some of the variants of the soup can be made using seabirds, caribou, or even whale. If you have never eaten seal meat before, try Suaasat. Many of Greenland dishes are based on fish or meat from birds, marine animals, and other wild animals.

For lovers of seafood, Greenland is going to be your paradise. This is because of the sheer abundance on offer. From the legendary Greenland halibut to the Atlantic halibut or redfish or even lumpfish, you will have them all. Others include shrimp, capelin, mussels, deepwater redfish, Greenland cod, or Greenland cod. On very rare occasions, you may be lucky to taste the iconic Greenland shark.