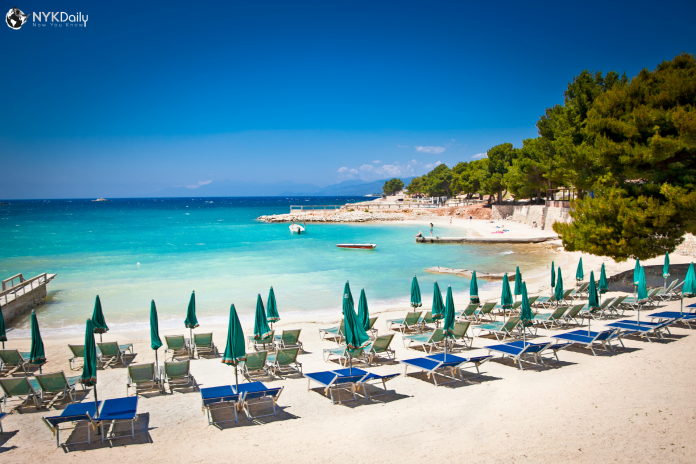 Albania is a Balkan Nation with mountainous landscapes, spotless beaches, archaeological artifacts, traditional cuisine, unique traditions, low prices, and the countryside’s wild atmosphere. The country has an extended archaeological heritage; it was part of Ancient Roman, the Greece Empire, and the Ottomans until its first declaration of independence in 1912.

Unavailable for travelers for much of the last 120 years, Albania has long been Mediterranean Europe’s secret. Its fortress towns, rumpled mountains, and shimmering beaches were merely a rumor on most travel maps until reasonably recently. Albania temporarily swung open its gates with the end of an unusually lethal strain of communism in 1991. The first tourists to arrive found a land where old codes of conduct still held sway and where the wind whistled through the broken remnants of half-forgotten ancient Roman and Greek sites. A quarter of a century after taking off the handcuffs of communism, Albania’s crumbling castles, charming mountain scenery, noisy capital, and dreamy beaches matching any in the Mediterranean continue to fascinate. But hurry up, because as word gets out about what Albania is sneaking, tourists’ still-tiny trickle threatens to become a wave.

How to reach Albania?

“Mother Teresa” International Airport is situated just 15 minutes away from the Tirana in Albania. It is served by many European carriers such as Alitalia, British Airways, Austrian, Lufthansa, and the low-cost carriers Belle Air and Eurowings. At the airport exit, there are also various taxis 24/7 that can take you to the city.

Butrint: Early morning, before the visitor crowds arrive and when the rocks are still covered in the yellow dawn light, you might imagine that the old walls of Butrint are murmuring secrets to you of long-past lives. Easily the most beautiful and romantic – not to mention the largest Albania’s antique sites, Butrint, 18km south of Saranda, is worth visiting a long way. The ruins, which are in a beautiful rustic setting and are part of a 29-sq-km national park, are from various eras, spanning 2500 years. Set aside at least three hours to explore this ancient site. Buses from Saranda leave from outside the ZIT Information Centre every hour from 8.30 am to 5.30 pm.

Kalaja: Hidden behind the decaying walls of the fortress that knocks the hill above Berat is the clean, village-like community of Kala; if you walk around the quiet cobbled streets of this old neighborhood for long enough, you’ll invariably topple into someone’s courtyard, thinking it’s a ruin or church. In summer and spring, the smell of chamomile is in the air, and wildflowers explode from every gap between the stones, giving the whole place a magical feel. The highest point is maintained by the Inner Fortress, where broken stairs lead to a Tolkienesque water reservoir. Views are magnificent in all directions. It’s a steep 10 to 15-minute hike up the hill from the center of town. For an even more majestic view, continue on the right to the far southern end of the complex, and you’ll get to a stand from where you can gaze down onto the city far below.

Apollonia: Set on rolling hills among olive groves, with dramatic views all around, Apollonia (named after the god Apollo) was established by Greeks from Corfu and Corinth in 588 BCE. Apollonia’s ancient Illyrian city’s reminiscent ruins sit on a windswept hilltop some 12km west of Fier’s city. While many ruins remain buried under the ground, what has been excavated within the 4km of city walls is pure poetry. The spectacle includes the theatre and the classic pillars of the city’s 2nd-century-CE administrative center’s renovated facade.

Gjipe Beach: Between Vuno and Dhërmi is the turn-off for this little-known treasure, a great stretch of isolated rock and white sand backed by big cliffs – and as yet almost wholly undeveloped. Turn off the main road for the Monastery of St Theodor and trail signs for the one-hour and hike down to the beach. By car, carry on down the street until the paving ends then walk for 20 minutes.

Gjirokastra Castle: Gjirokastra’s eerie hilltop castle is one of the largest in Europe. There’s been a fort here since the 12th century, although much of what can be seen today dates to the 19th century. The castle remains somewhat notorious due to its use as a prison under the comrades. Inside there’s a set of the armory, two high-grade museums, plenty of decaying ruins to scramble around, and magnificent views over the valley.

What to eat in Albania?

Albania, like the Balkans in general, has a fundamentally Turkish influence in its cuisine. This reputation stems from over 400 years of Ottoman rule in the country. Since the fall of communism in the early 1990s, the adaption has been from Western Europe and Italy. Most of what is available in neighboring countries such as Italy and Greece will be available in Albania, especially in the larger cities.

Many people grow vegetables and fruits around their houses, most popularly, all kinds of grapes (black, black, red) used to make raki.

Albania is a hilly country, and these mountains have disseminated olive trees that influence Albanian cuisine. Salads are usually made with fresh onion and tomato.

Some hearty stew is commonly included in Albanian dinners. These stews are comfortable with making and adjustable with ingredients. They include onion, potatoes, rice, etc. If going to Albania, expect lamb to be the principal meat in many places. Lamb, there is naturally fed and does not have any odor as it does in North America. Two byreks and an ayran is a ubiquitous breakfast, so try it to understand why.

The favored alcoholic drink is raki that is regionally produced in small towns and many homes in the Albania countryside; in some instances, you may run across men washing down breakfast with a few shots.