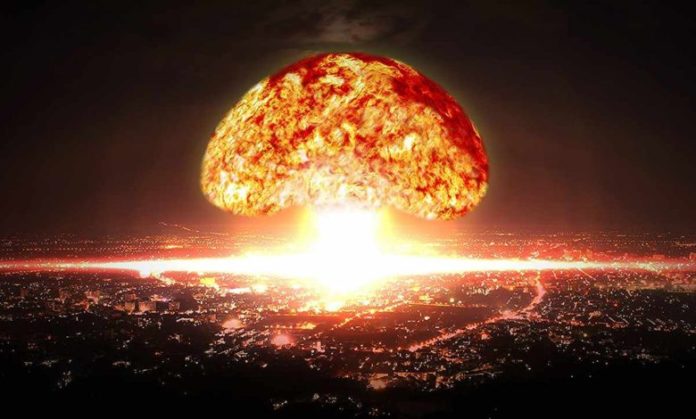 On the 16th of July, 1945, the United States Army conducted the first nuclear test explosion in the world. Code-named Trinity, the explosion was a part of the famed Manhattan Project, and it was done in the Jornada del Muerto desert in New Mexico. The site is now a section of the White Sands Missile Range. Since this test was conducted, at least eight other countries have gone ahead to carry out more than 2,000 nuclear test explosions at different sites.

Apart from the site mentioned above, other well-known nuclear testing sites in the world include the Bikini Atoll, Enewetak Atoll, Nevada Test Site (NTS), Amchitka Island, Semipalatinsk Test Site (Kazakhstan), Kola Launch Area, Montebello Islands, and several others in different nations across the globe. However, a nuclear testing site is a unique location, and you cannot go ahead to detonate a nuclear device at just any place.

The introduction of nuclear weapons into the field of warfare has changed everything. More countries are entering the atomic arms race, which means developing new sites for nuclear testing. Before nuclear weapons can be used in combat, they have to be tested appropriately.

A lot of careful planning and thought goes into selecting an area for the nuclear testing site. Some factors and parameters are considered when it comes to having a place to utilize for atomic testing. The essence of this piece is to shed a lot more light on these critical factors.

Whenever it comes to selecting an area for nuclear testing, safety and security feature at the very top of the list. A nuclear device is one of the most dangerous inventions ever made by human beings. Apart from the blast and the explosion’s direct devastating effects, there are other long-lasting effects following a nuclear blast. These include cancers and other forms of medical conditions that happen as a result of the bombs.

Besides, the nuclear device itself has to be coordinated properly, so it does not go out of control, unleashing more terror than earlier envisaged. Also, since it is typically a military exercise, the testing site has to be an area that is secure from all forms of civilian intrusion.

If human beings heavily populate a place, it will never be considered a nuclear testing site. As the effects of such explosions are too dangerous for human settlements, urbanized centers are never considered in this case. An ideal atomic testing site has to be unpopulated.

A nuclear testing site is a military zone and a center of a potential hazard, so it has to be remote. The farther the place is to major population areas, the better it is. Also, as nuclear technology is part and parcel of national secrets, such sites have to be far. In some instances, governments even go as far as concealing the areas from the press and the general public.

A nuclear testing site is not an art museum or exhibition center and cannot be sited in a city center. The area’s remoteness will also allow the military and nuclear staff to concentrate on the construction and maintenance tasks on the site.

Nuclear weapons tests create gaping craters on the landscape so undisturbed areas of land are best suited. A single nuclear test can generate several kilotons of energy during the blasts – so remoteness is crucial.

Nature of Land and other Geographical Features

When scientists are searching for a place to be used for testing nuclear weapons, the nature of the land comes into play. The best place is flat land, as it decreases the secondary effects of the atomic blast.

Apart from the topography, another geographical effect that must be considered is the wind’s nature in the area. The area has to have little or no wind. Wind spreads the radioactive fallout after the blasts, so it is not a desired feature at all. For this reason, sand bars, valleys, deserts, and lava flats emerge as top candidates as far as nuclear testing sites are concerned. Surveys of the area are conducted using cars and aircraft.

Governments handle nuclear projects, so, understandably, political factors come into play when choosing a place for nuclear testing. If a location is considered too controversial or can even lead to an electoral loss for the politicians in power, a proposed site can be scrapped. Closely tied to this decision are other factors like the suspension of grazing rights, which will pitch the farmers and cattle ranchers against the politicians. Political factors are delicate and influence the final decision regarding the selection of a nuclear testing site.

Nuclear testing will not be done in an area with many natural features like water bodies, forests, or even grasslands. These are areas of complex ecological systems, and testing nuclear devices in such regions will cause catastrophic damage to the environment. That explains why most nuclear testing areas are vast deserts with minimal vegetation or animal life.