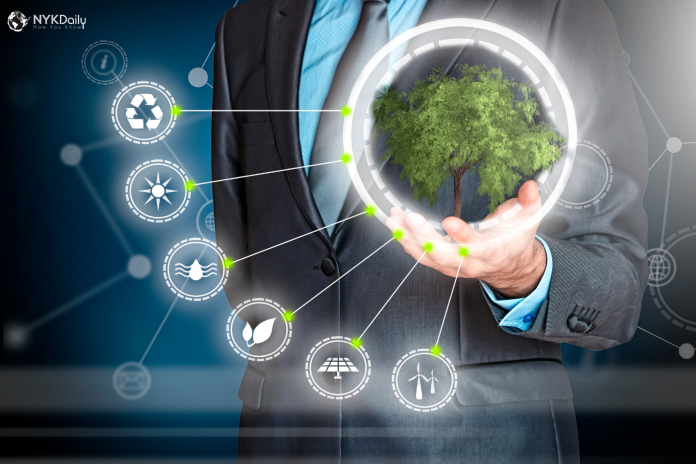 The Developed and Developing

This means there are 2 billion tonnes of extra deposit of carbon on Earth, due to which there is a fuss of creating alternatives to current energy resources. Our Earth is warming and disrupting the natural greenhouse effect, that is, naturally occurring due to greenhouse gases like methane, carbon dioxide, water vapor, and nitrous oxide. In the absence of natural greenhouse effect, our Earth’s temperature would go down by 33°C, that is, a cold -18°C rather than the current tolerable 15°C. Hence greenhouse effect was meant to warm the Earth but due to the demands of rapid industrialization and extensive burning of fossil fuels, we have started overheating the Earth.

Although a lot of research and development is being done in the alternate energy sector, some items have already been developed and established like the solar photovoltaic systems, wind energy systems, hydropower systems, and more. Though they are quite well established, they are not viral yet. Some resources like the hydrogen fusion experiment (ITER – International Thermonuclear Experimental Reactor) costing more than 10-15 Billion Euros is still in the developing phase and it might be a long time before one can generate clean energy from this source.

Why explore the moon?

The presence of Helium-3 in abundance on the Moon makes moon exploration and mining quite necessary but it is still quite far from the present due to technological barriers. It is fascinating to know that 1 kg of Helium-3 burned with 0.67 kg of deuterium is capable of giving us about 19 Megawatt-year of energy. Hence, 1 tonne of Helium-3 gives us 10,000 megawatts of power per year. To scale this up, about 25 tonnes of Helium-3 would be sufficient to provide power to the whole US for one year at its current rate of consumption.

Present, Near Future and Far Future

Clean energy resources might seem a little futuristic but they are promising. To enjoy these promising resources we need to have a future that depends on the attitude and mindset today. The question that now arises is what can be done, or what is the solution that is easy and cost-effective.

What can be done?

The answer to this question is “energy efficiency”. According to the IEA, the global energy demand could grow by 55% from 2005 to 2030 and an increase in the CO2 emissions by 57% correspondingly. Energy efficiency measures can not only help in achieving a sustainable environment but can also contribute to energy security. Energy efficiency is linked to the economic development as energy intensities generally reduce with economic development and are converging, as is evident from the following statement:

If India is to achieve the target of 9-10% economic growth in the next few years, efforts in the “energy efficiency” sector will play a key role and the stakeholders hold the key to contributing to the growth. When we talk about the buildings in both public and private sectors, a lot of energy is consumed during the operation of the building. It is interesting to note that the annual energy consumption for lighting and cooling in newly constructed buildings is currently 173kWh/m2, that is 27% higher than the current average 137 kWh/m2. So, effective energy efficient measures can reduce the power consumption in these newly constructed buildings – concepts of zero energy buildings and passive energy house should be promoted and awareness must be spread among all the stakeholders.

Below are some initiatives that highlight the benefits and importance of “energy efficiency”.

So from the table above we get an idea of how energy efficiency can be beneficial to human beings as it could reduce the current pressure on generation capacity and give us time to prepare for the future. Energy efficiency policies and measures can only be economically viable if the macro benefits of increased energy efficiency achieved by these measures and policies outweigh the overall cost. This means designing a solar passive house or installing solar photovoltaic systems on a large scale that makes it more energy-efficient, since lesser energy is consumed for attaining the same comfort.

“Together we can and we will Save the Environment!”