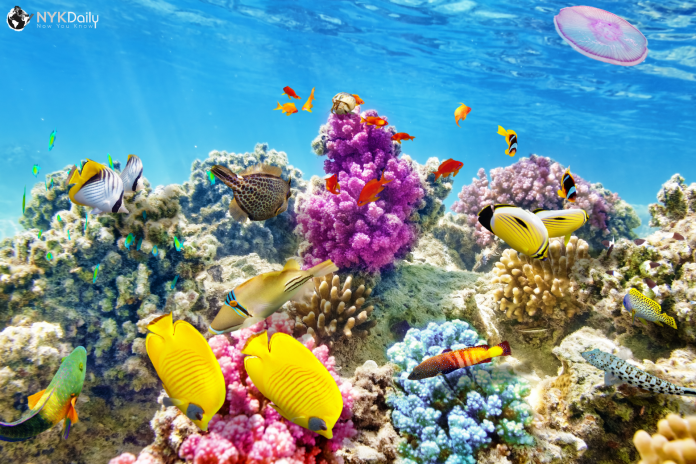 San Andrés is one of the two main islands of San Andrés and Providencia. It is 150 km east of Nicaragua. San Andres and Providence belong to Colombia and are situated in Colombian waters.

The seahorse-shaped island of San Andrés is best known as Colombia’s ideal getaway, where people love to come to sunbathe, drink, and party.

San Andrés is best enjoyed outside the city hubbub. Whether you take a yacht to one of the idyllic offshore cays, check out some brilliant snorkeling and scuba-diving opportunities or head down the beautiful 30km road encircling the rest of the island, this quirky place – where Anglo-Caribbean Raizel culture blends with the far more recently introduced Colombian one – often manages to captivate visitors in the end.

How to reach San Andrés

There are domestic flights from Medellin, Bogota, Cartagena, Cali, Providencia, and Barranquilla operated by LAN Colombia, Avianca, VivaColombia, Satena, and Copa Colombia. Internationally, you can fly to San Andrés from Panama City (Copa Airlines) and San Jose de Costa Rica (Avianca). There are charter flights via Air Transat from Canada.

Here are a few places to visit in San Andrés:

Off the east coast of San Andrés and next to Haynes Cay, Acuario is a sandbank visited by boat. The neighboring sea is calm and shallow and suitable for snorkeling. If you forget to carry your snorkeling gear, you can easily rent on the beach.

This preserved 4-hectare coral islet is located around 1.5km north of San Andrés Town. It’s coated with coconut groves and enclosed by a lovely white-sand beach that’s simply the best in San Andrés. The sunbathing is amazing, but be careful swimming as there are deadly currents. Boats leave from the central San Andrés Town beach (round trip on a private boat). The last boat back is at 5 pm in high season, 3:30 pm in low season. Understand that the Regional Park can fill up far beyond capacity, and travelers fight for space with the 500 iguanas that call the place home.

Situated on the east coast of the island, San Luis is famous for its white-sand beaches and some fine classical wooden houses. The sea here is suitable for snorkeling, though conditions can be somewhat rough. It’s a peaceful alternative to San Andrés Town. You can visit here for some relaxing time.

This small village in the inner part of San Andrés, also known as ‘Hill’, is one of the most classical places on the island. It’s famous for its 1847 Baptist church, the first to be constructed here. Be sure to walk around and taste the unusual atmosphere – it’s the least Colombian-influenced part of the island.

Things to do here:

What to eat here?

Most travelers to San Andres have meals included with their packages. The variety and quality of the food change with the hotel choice, but it is generally satisfactory. Downtown in San Andres, there are plenty of restaurants that serve what they call “almuerzo ejecutivo” (Executive Lunch) or “corrientazo” (meaning “corriente,” familiar in English), which is the local term for an economical lunch which may include meat/fish, soup, vegetables, ice, etc. Many street spots sell smaller snacks like “arepas” (thick tortillas) and other local fast foods.