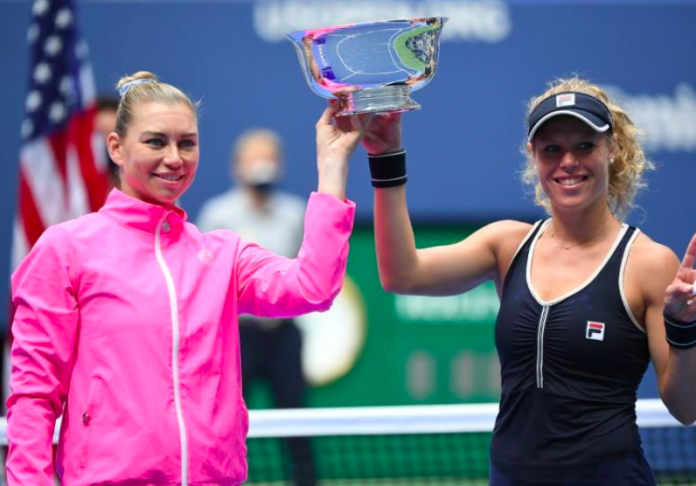 The unseeded German-Russian duo, who had never competed together before the U.S. Open, broke their opponents three times and won 79% of their first-serve points during the 80-minute clash on the Arthur Ashe Stadium court.

The victory secured a first Grand Slam doubles championship for Siegemund and a third for Zvonareva as the Russian won the 2006 New York title with Nathalie Dechy and 2012 Australian Open crown with Svetlana Kuznetsova.

“It’s always special to be a winner at the end of the week, at the end of two weeks especially, a Grand Slam,” said Zvonareva. “It never gets boring, I will tell you that for sure.”

Siegemund and Zvonareva, whose path to the final included a quarter-final win over the defending champions Elise Mertens and Aryna Sabalenka, made a fast start and led 5-1 in the first set before their opponents chipped away.

The German-Russian tandem opened the second set with a break en route to a win that was secured on double championship point when a Zvonareva serve was returned wide by Melichar and the call upheld after a challenge.

Siegemund and Zvonareva said they will now turn their focus to the French Open.

“It’s not a random choice that we play with each other because we both feel like we can complement each other’s game,” said Siegemund.

“But the communication has to be really spot on, the way you prepare for a match, how you do tactics, all that, it just fits really well.”