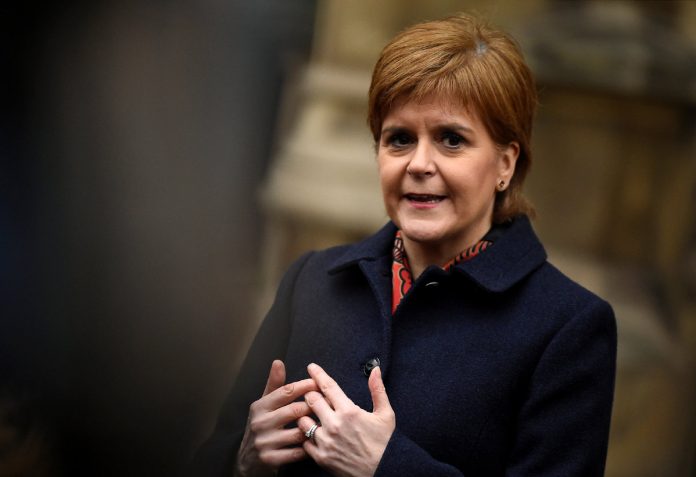 Scotland’s Fisth Minister Nicola Sturgeon will on Tuesday announce a series of new restrictions designed to limit the spread of coronavirus, which could include curfews at pubs and restaurants, rules on households meeting and limits on travel, it was reported.

Sturgeon will address Holyrood or the Scottish Parliament on Tuesday afternoon following an emergency Cobra meeting with UK Prime Minister Boris Johnson on the Covid-19 situation, reports the BBC.

Her counterparts in Wales and Northern Ireland will also take part in the discussion in a bid to find a common UK-wide approach.

Downing Street confirmed on Monday night that Johnson had spoken on the phone to the first ministers of Scotland, Wales and Northern Ireland and they all agreed to act “with a united approach, as much as possible, in the days and weeks ahead”.

The Prime Minister will outline the new measures in the House of Commons on Tuesday afternoon before addressing the nation in a live broadcast at 8 p.m.

In a post on Twitter late Monday night, Sturgeon said she would agree any new restrictions with her cabinet before making a statement to the Scottish Parliament, the BBC reported.

At her daily briefing earlier on Monday, she said additional lockdown restrictions would “almost certainly” be put in place in Scotland in the next 48 hours as the coronavirus was spreading in the country again and “further and urgent action” was needed to stop the increase.

On Monday, the number of cases in Scotland rose by 255, representing 6.3 per cent of those newly tested, up from 5.4 per cent on Sunday.

The UK recorded another 4,368 new cases overnight on Monday, which increased the overall tally to 398,625, according to the latest official figures.