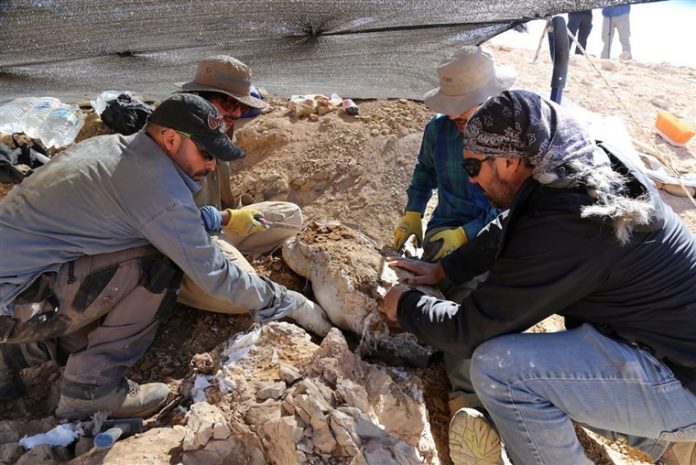 Scientists have unearthed the remains of Jurassic sea predators resembling killer whales in the world’s driest desert in Chile.

Pliosaurs were reptiles from about 160 million years ago with a more powerful bite than Tyrannosaurus rex, according to University of Chile researchers. The fossils are the second oldest record of this species in the Southern Hemisphere.

Chile’s vast Atacama desert, once largely submerged beneath the Pacific Ocean, is now a moonscape of sand and stone with parts untouched by rain for years. Pliosaurs reined the region, with their large skull, elongated face, short neck, menacing teeth on a hydrodynamic body and fin-like limbs.

Scientists found jaw, tooth and limb fragments of the creatures “ecologically similar” to killer whales at two sites in the Loa river basin near the mining city of Calama.

The find helps scientists fill gaps in evolution, said Rodrigo Otero, a University of Chile paleontologist who led the research.

The study was published in the Journal of South American Earth Sciences in early September.