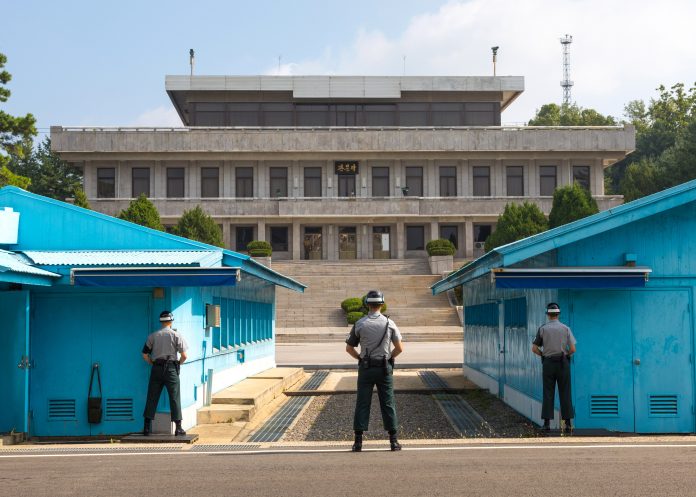 In a message posted on Facebook, he stressed that Seoul’s commitment to peace remains firm, while the agreement has not been fulfilled speedily due to “internal and external restraints”, reports Yonhap News Agency.

The president recalled his historic speech in front of 150,000 Pyongyang citizens at May Day Stadium in the North’s capital two years ago.

“Together with Chairman Kim Jong-un, I declared denuclearization and peace on the Korean Peninsula,” he wrote.

A “concrete and practical” agreement was reached in the military field, which has led to the demilitarization of Panmunjom, a truce village and excavation of remains on Arrowhead Hill, a key battlefield during the 1950-53 Korean War, he added.

“There has since been not a single armed clash between South and North. It’s very valuable progress, which would have been impossible without the wish of the people desiring peace and the international community’s support,” the President added But the “clock” of such a peace move has stopped, with the summit deal not being implemented fast due to a failure to move beyond “internal and external restraints”, he wrote.

“Our commitment to peace is firm. The September 19 South-North agreement should be implemented without fail.”

Under the agreement, the two sides were supposed to resume operations of the Kaesong Industrial Complex and the Mount Kumgang tour program, “as conditions mature”, and also to explore “substantial measures” to further advance exchanges and cooperation, Yonhap News Agency reported.

There has been little progress, however, with the Korea peace process stalled since Kim’s no-deal Hanoi summit with US President Donald Trump last year.