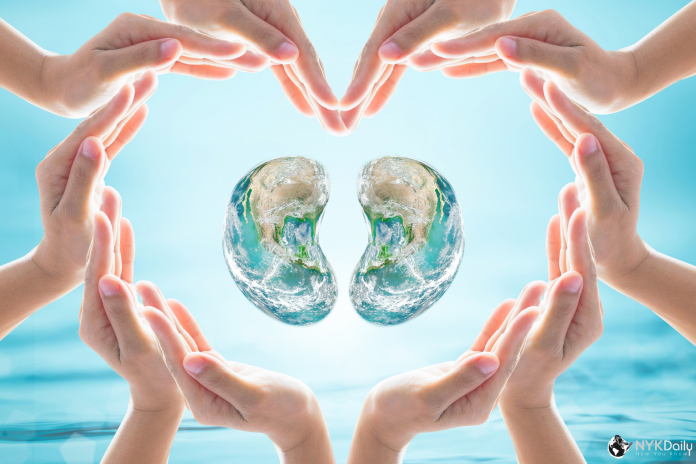 The kidney is one of the most useful organs as it primarily filters the blood and gets rid of toxins and other poisonous substances. However, there are some health conditions in which the kidney is affected. One of these conditions is pyelonephritis, which is best described as a kind of urinary tract infection (UTI) and kidney inflammation. It is often a result of bacterial infection. Usually, it starts in the urethra or bladder, and from there moves to one or two of the kidneys. Whenever the kidney is infected, it has to be promptly attended to.

It must be stated that acute pyelonephritis is a sudden and typically severe infection of the kidneys. The organs swell up and come with severe symptoms. This condition can be very life-threatening and is one that has to be treated promptly.

In acute pyelonephritis, the signs and symptoms are usually noticeable as they appear over one or two hours or an entire day. The condition can cause pain during urination, abdominal pain, back pain, vomiting, or high fever.

In chronic pyelonephritis, the symptoms include abdominal pain, back pain, blood in the urine (known as hematuria), and lower urinary tract symptoms. Other symptoms include malaise, tremendous loss of weight, and reduction in appetite.

Symptoms can also include chills, nausea, burning sensation when urinating, persistent and uncontrollable urge to urinate, increased frequency in urination, and pus in the urine or smell or discoloration in the urine.

Pyelonephritis usually starts in the lower section of the urinary tract, where it is classified as a urinary tract infection, or UTI is a bacterial infection. The bacteria or pathogen gets access to the body via the urethra, where it reproduces and then spreads to the bladder. The pathogen moves via the ureters from the urinary bladder, and then it finally enters the kidneys. Even though it is not frequent, the infection can happen via the bloodstream.

Escherichia coli is the most implicated microorganism in pyelonephritis. However, some other risk factors can increase the chances of having a kidney infection. These include sexual intercourse, spermicide usage, earlier history of urinary tract infections, anatomical problems of the urinary tract, and diabetes. Apart from E.coli, other causes can include Enterococcus faecalis, hospital-acquired infections stemming from coliform bacteria, or Pseudomonas aeruginosa. Damage to the nerves supplying the bladder can cause pyelonephritis. This can stem from damage to the spinal cord, leading to loss of sensation in the urinary bladder region.

Other mechanical causes of pyelonephritis include catheterization of the urinary tract, drainage procedures like nephrostomy, ureteral stents, neurogenic bladder, prostate disease, or even pregnancy. Constitutional factors like a compromise of the immune system and diabetes mellitus are also causes. Behavioral factors like getting new sexual partners in the past 12 months or use of spermicide or genetic factors can also cause pyelonephritis.

When a patient gets to the hospital, the diagnosis is often done using the symptoms and then confirmed by the analysis and urine test. In a case where there is no remarkable improvement with the therapy, doctors can request further tests involving medical imaging.

As it is caused mainly due to bacterial infection, the treatment is also based on antibiotic therapy. In many medical centers, the condition is treated using antibiotic medications. Talking of antibiotics used in the treatment of pyelonephritis: ceftriaxone or ciprofloxacin is the most used.

Self-medication is not encouraged, as it is good to follow the professional recommendation. In some other instances where the pyelonephritis is very severe, the patient may need to be admitted and treated in the hospital. In cases where the pyelonephritis is a result of anatomical problems with the urinary tract or kidney stones, then surgical intervention may be recommended. It all depends on the patient’s exact condition.

Getting a cure for pyelonephritis is very important as failure to do so can lead to other complications like poisoning of the blood (septicemia), scarring of the kidney, and difficulties for women with pregnancy.

However, as it is said, prevention is better than cure. Some steps can be taken to prevent kidney infection in the first instance. Urinating after sessions of sexual intercourse and hydrating correctly are some of the best ways to avoid it.

Everyone needs to drink sufficient water quantities as this helps in flushing out toxins and microorganisms from the body. It is essential to urinate and empty the bladder as regularly as possible while also sticking to acceptable hygienic practices like wiping from the front to the back following urination. This helps in ensuring there is no spreading of bacteria from other areas into the urethra. Women should also avoid making use of products like deodorants sprays around the genitals, leading to irritation.