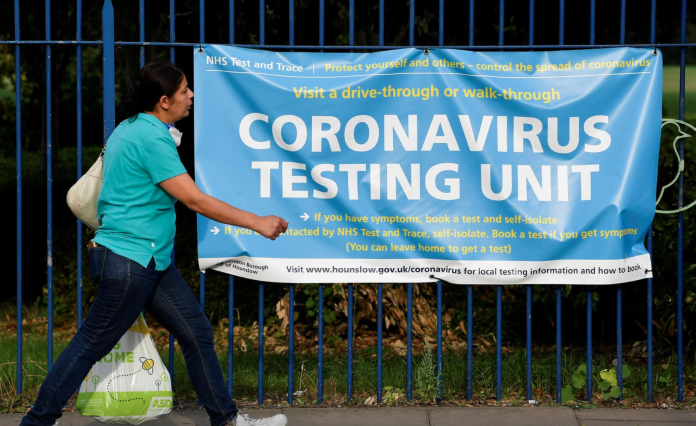 There has been an 167% increase in the number of new people testing positive for COVID-19 in England, the National Health Service’s Test and Trace scheme said on Thursday.

The government has faced criticism after people experienced increasing difficulties in getting tests and delays in getting results, and the NHS Test and Trace scheme said that the turnaround times for in-person tests had got longer compared with the previous week.

The scheme said positive cases have been rising since the start of July and are now double the number recorded when Test and Trace launched in May.

It said 82.6% of the 15,526 people transferred to the system had been reached and asked to provide information about their contacts.

That led to 61,790 people identified as close contacts of COVID-19 cases. Where communication details were available, 83.9% of people were reached, and of all contacts identified, 73.9% were reached.