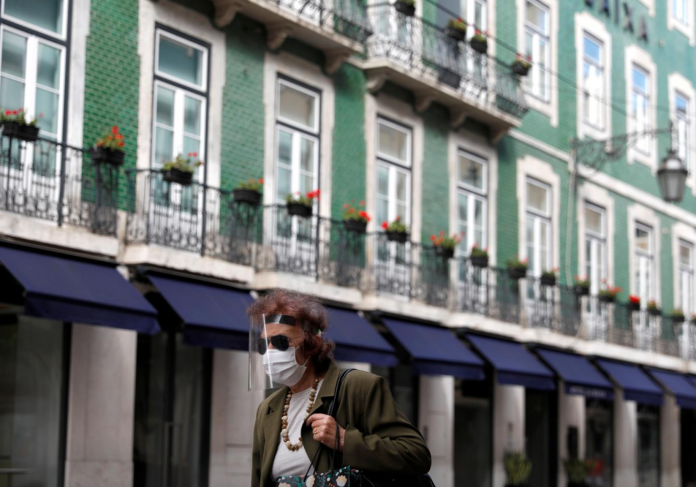 Portugal has extended measures to curb the coronavirus pandemic until at least mid-October, the government announced on Thursday, at a time an increase in the number of daily cases in the country continues to worry authorities at home and abroad.

The whole country was put under a state of contingency on Sept. 15 and it will remain under it until Oct. 14, meaning gatherings continue to be limited to 10 people and commercial establishments must close between 8 p.m. and 11 p.m.

Portugal, which has reported 71,156 cases so far, initially won praise for its response to the pandemic. Now, cases have crept back up, with the health authority reporting 802 cases on Wednesday, one the worst days since the beginning of the pandemic.

“Numbers (of cases) have been growing for around five weeks,” Cabinet Affairs Minister Mariana Vieira da Silva told a news conference, adding the government would re-evaluate the situation in two weeks.

The government also decided on Thursday to extend the ban on festivals and similar events until the end of the year.

The rise in coronavirus cases in Portugal, a nation of just over 10 million people, led various European countries to impose travel restrictions and warnings, which hurt the country’s tourism-dependent economy.

On Thursday, Germany added Greater Lisbon, where most coronavirus cases are concentrated, to the list of destinations to which it warned against travel.

“I think the measures are definitely justified,” Marcel Mora told us at Lisbon’s airport. “I will pay even more attention and when I return home I’ll have to get tested.”

The European Centre for Disease Prevention and Control placed Portugal on Thursday as one of the countries showing a “worrying trend” of coronavirus cases but still with “moderate risk”.