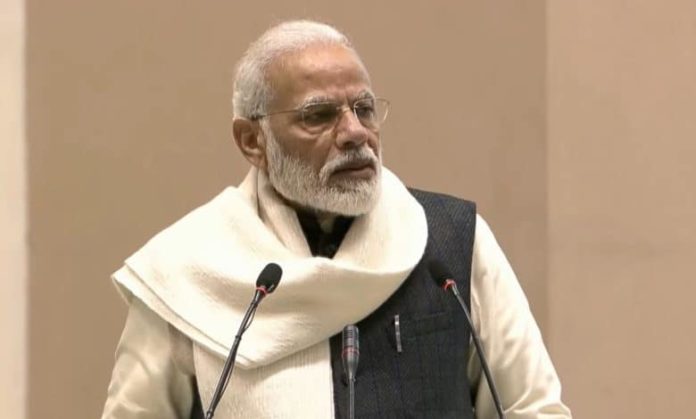 Pointing out that a nation’s future depends on what its youths think today, Prime Minister Narendra Modi on Tuesday said it was time for them to be future-ready and future-fit.

“I firmly believe that the future of the nation is what its youths thinks today. Your dreams are going to shape the reality of India. The time now is to be future-ready and future-fit,” the Prime Minister said while addressing the 22nd convocation of IIT-Guwahati.

Speaking on the New Education Policy 2020, the Prime Minister pointed out that it has been made multi-disciplinary. “It will connect education with technology and make technology an integral part of our students’ thinking.”

The NEP has also paved the way for increased use of online learning across the country, he added.

Stressing the need for research, Modi said that the NEP proposed a National Research Foundation to enrich the culture of research in the country.

“I’m certain that research will become a habit for everyone. It will become a part of your thought process,” the Prime Minister said.

He also sought to connected the ‘Atmanirbhar Bharat’ initiative to education. “You are well aware of the importance of education for a self-reliant India. The new NEP is only for youths like you in the 21st century — those who will lead the world and make India a global leader in science and technology,” he told the attendees at the convocation.

“Education is gradually becoming a new medium of engagement with our neighbours. IIT-Guwahati can become a pivotal centre for the same. Rail, road, air and water transport infrastructure is being developed to boost development in the northeast, Modi said.

He also pointed out to immense possibilities in research in solar, wind, biomass and hydroelectric energy. “Rice, tea, bamboo are indigenous to this region. There is biodiversity in this region as well as huge traditional knowledge,” he said.

Assam Chief Minister Sarbananda Sonowal, Union Education Minister Ramesh Pokhriyal Nishank, and his deputy Sanjay Dhotre were among the dignitatries who were virtually present on the occasion.

Prime Minister Narendra Modi will on Thursday interact with fitness influencers and citizens during a nation-wide online Fit India Dialogue which is being organised to celebrate the first anniversary of the Fit India Movement.

The online interaction will see participants sharing anecdotes and tips of their own fitness journey while drawing out guidance from the prime minister on his thoughts about fitness and good health. Among those who will participate range from Virat Kohli to Milind Soman to Rujuta Diwekar in addition to other fitness influencers, stated a PIB media release.

“In times of Covid-19 pandemic, fitness has become an even more important aspect of life. The dialogue will see a timely and fruitful conversation on nutrition, wellness and various other aspects on fitness.”

Envisioned by Prime Minister Modi as a people’s movement, the Fit India Dialogue is yet another endeavour to involve citizens of the country to draw out a plan to make India a fit nation, it added.