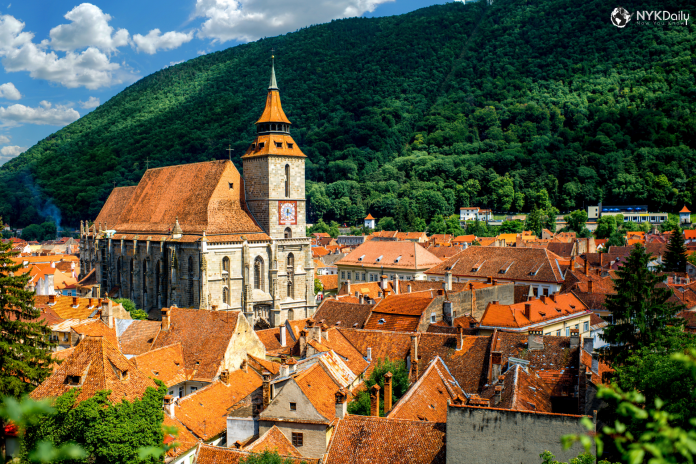 Transylvania is the largest and probably the best-known province of Romania. When you visit Transylvania, you jump into a blend of nature, culture and history. Transylvania is a diverse region: a cohabitation of Romanians, Hungarians, Roma, and Saxons (people say that Dracula was born here).

It is worth exploring the differences that exist within the region, both in terms of nature and culture.

Transylvania’s Gothic castles and forested valleys will take your breath away. Most travelers can imagine this land of dark fairy-tales even before arriving, where fog hangs like cobwebs over the Carpathian Mountains.

Explore these lively landscapes on hikes through the Bucegi (and tougher Apuseni) Mountains, or Piatra Craiului National Park, or see them iced over at winter sports centers Predeal and Poiana Braşov.

How to reach Transylvania?

Transylvania is easy to access, due to its tourism industry, economic prosperity, and proximity to Central Europe.

Let’s see the places to explore in Transylvania:

Sarmizegetusa Regia: Romania’s Stonehenge is an apt description of the Sarmizegetusa Regia archaeological site. Only rocks remain, surrounded by beautiful woodlands, but they tell compelling tales about the area’s pre-Roman Dacian civilization. The locality grew into a financial center around 100BCE, due to rich iron ore, and the edges of granaries, horses, and workshops can be seen here. Most interesting are the remains of limestone temples, oriented according to the solstice. Invasion by the Romans in 106CE was a metaphorical end to Dacian spirituality.

St Mary’s Evangelical Church: Sibiu’s Gothic centerpiece rises more than 70m over the old city. Inside, stare at ghoulish stone exoskeletons, 17th-century tombs and the biggest organ in Romania, enclosed by a sumptuous arched ceiling. Constructed in stages from the mid-1300s to 1500CE, the church was established atop the older 12th-century sanctuary site. At the time of analysis, the main chambers were closed for long-term renovation, but it was still allowed to tour the front room and tower.

Zosim Oancea Glass Icons Museum: This gallery of painted icons, named after the priest who assembled them, is a real hidden gem. Unlike the sad wooden icons you’ll see elsewhere in Romania, these sacred images were designed using a 300-year-old method: on the back of the glass, with gold leaf ornamentation stuck down using garlic and egg white. Noble St Georges, weeping Virgin Marys, and symbolic Bible scenes are among the 700 icons displayed across a couple of floors, mostly in a naive luminescent style.

Corvin Castle: Some castles sit on hills, others skulk in cloud-covered mountains, but Hunedoara’s juts out from a mechanical jungle. Despite being enclosed by steel mills, Corvin Castle is Transylvania’s most heart-stopping fortress. You’ll be thunderstruck when you walk over the drawbridge, with sharp turrets rising above, into the stone patio. Visitors aren’t bound to guided tours, so you can roam freely and let your vision run wild.

Peleş Castle: Over four decades, numerous artists, builders, and wood-carvers brought Peleş Castle into life. The neo-Renaissance masterpiece was approved by Romania’s first king, Carol I, and its first stone laid in 1875. Today this ancient royal summer home is a wildly attractive tourist attraction. Visits are by mandatory 40-minute guided tour; photographing inside costs an additional 32 lei. Inside, not a single corner is void of Murano glass-silk rugs, sculpted walnut, or polished marble. In the Honorary Hallway, note the German and Swiss landscapes which were constructed from inlaid wood, to tell the king of his homeland. Beyond alabaster Biblical scenes and Iraqi carpets, you’ll enter an Arms Room brimming with armor for men and their horses. Even more elaborate is the weaponry in the Oriental Room, while the Library and Portrait Room offer a glimpse into the royal couple’s remarkable life. The latter has a secret passageway.

Transylvania is a subtle mix of Romanians, Hungarians, Roma, and Saxons, and many diverse local dishes can be tried in traditional restaurants. Here are a few of them worth trying: