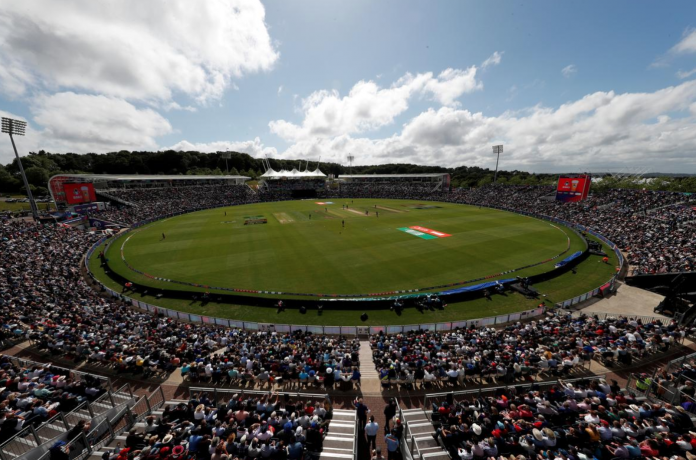 Devdutt Padikkal and AB de Villiers scored brilliant half-centuries as the Royal Challengers Bangalore set a 164-run target for SunRisers Hyderabad (SRH) in their opening game of the Indian Premier League (IPL) at the Dubai International Stadium on Monday.

Put into bat, the RCB were off to a flying start as openers Padikkal and Aaron Finch scored 53 runs in the first six overs of powerplay. Left-handed Padikkal in particular displayed explosive batting skills as he used almost every opportunity to pick up boundaries and was more aggressive of the two.

The pair continued with its run-scoring as they took the team’s score to 86/0 at the end of 10 overs.

However, it was Vijay Shankar who finally broke the partnership in the 11th over as he clean bowled Padikkal, who scored 56 runs off 42 balls, including eight fours. The RCB lost Finch off the very next ball bowled by Abhishek Sharma who had him out LBW for 29.

Skipper Virat Kohli, who came in next, didn’t last long and scored 14 runs off 13 balls before becoming a victim of T Natarajan.

AB de Villiers kept scoring from the other end and just when the SRH seemed to control the scoring rate, he upped the ante and slammed two consecutive sixes in the 19th over to take the RCB past the 150-run mark. de Villiers scored 51 off just 30 balls before he was run out in the final over as the RCB finished off at 163/4 in their allotted 20 overs.

Sunrisers Hyderabad (SRH) captain David Warner conceded that Yuzvendra Chahal’s final over of his spell proved to be turning point as his side lost their opening IPL 13 game against Royal Challengers Bangalore (RCB) at the Dubai International Cricket Stadium on Monday evening.

SRH bowlers came out with a decent bowling attack to restrict RCB on 163/4 in their allotted 20 overs and then during the course of the chase, they seemed to be in control with Jonny Bairstow (61) and Manish Pandey (34) stitching 71-run partnership after Warner’s early dismissal. However, Chahal picked up the wicket of Pandey and Vijay Shankar in his final over and caused a major batting collapse for SRH who eventually fell short of the target by 10 runs and were bundled out for 153 in 19.4 overs.

Chahal finished with figures of 3/18 and played an instrumental role in RCB’s win.

“It was a bizzare game for us. We had the run chase in control and we knew that we had to go after their bowlers in the end,” said Warner while speaking at the post-match presentation ceremony.

“Probably the last over of Chahal was the turning point out there,” he added.

The SRH skipper further said that his team would need to work hard before their next game against Kolkata Knight Riders on Saturday.

“We have to go back to the drawing board; we obviously can’t fix what happened today but we have to go back and work hard before our next game in Abu Dhabi. There are talking points but the guys know what they have to do,” said Warner.