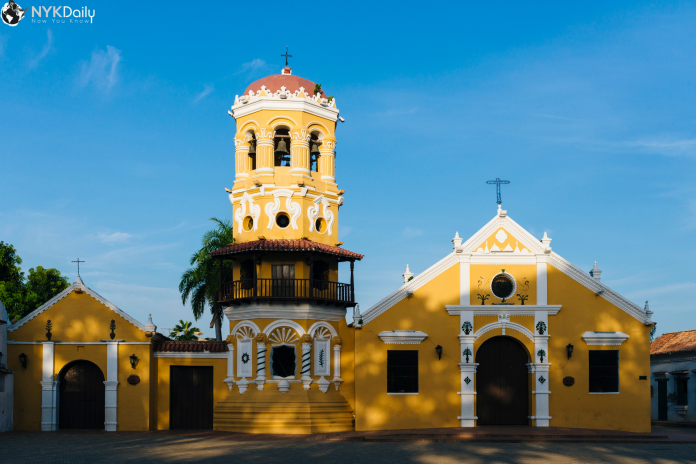 Mompós is one of Colombia’s most excellently maintained colonial towns. Remotely positioned deep inland on the shores of the Río Magdalena, the city has typically been in decay since river transport patterns evolved in the mid-19th century. Its closeness to García Márquez’ fictional town of Macondo is impressive, and Mompós, unusually, is a far better place to soak up the environment of One Hundred Years of Solitude than García Márquez’ neighboring hometown of Aracataca.

It is one of the only two UNESCO world heritage cities in Colombia, the other being Old Cartagena. The town is filled with unbelievable history, prominently being the first Latin American town to vote for freedom from Spain. Simon Bolivar stated he “owes his glory” here.

The 21st century finds this lost gem rising again, with a steady increase of restaurants and boutique hotels in recent years. It’s easily the most appealing town in northern Colombia; its crumbling facades and colorful churches are unmissable.

Things to know before traveling to Mompós

A few Colombians don’t seem to comprehend this place. Being on an island without any overpasses reaching it makes it relatively inaccessible. That is precisely why this city has such mystique and charm; few travelers come here, but those who do never mourn the detour. There is a say if you have not explored Mompox…you have not seen Colombia. Explaining this place is hard but living there for a few nights is the only way to understand what this town offers. During the Jazz festival, the Nautica (Nautical) weekends (one is in November), Holy Week, and Christmas, the city is completely packed with visitors. The town is very laid back.

From Valledupar or Maicao, few early morning buses take the ferry straight to Mompox. It takes around five hours. If you are traveling from Medellin, you need to travel to Magangué via Sincelejo. Then take a chalupa across the stream, and take the short trip to Mompox. If you have a private jet, you can also fly to Mompox.

Places to Visit in Mompós

Iglesia de Santa Bárbara: Dating from the early 1600s, this unique riverside church is unquestionably the most attractive building in Mompós, with its wide-eyed griffins and lions, its exceptional balcony-ringed bell tower, and its population of swallows and bats that stream in and out during evening mass. You can climb the bell tower for an all-embracing view of the river and the neighboring countryside.

Palacio San Carlos: A former Jesuit convent that’s now the city hall, this elegant building dates from the early 1600s and has a famous statue of a freed slave with fragmented chains outside it. The line ‘Si a Caracas debo la vida, a Mompox debo la gloria’ (If to Caracas I owe my life, then to Mompox I owe my glory) comes from Bolívar himself and points to the fact that some 400 men from Mompós created the basis of his triumphant revolutionary army.

Piedra de Bolívar: This gravestone on the riverbank shows the comings and goings of Simón Bolívar during the wars of liberation from Spanish rule. His first trip to Mompós in 1812 was most influential when he recruited 400 troops to help him liberate Caracas, bringing sovereignty to Venezuela.

Museo del Arte Religioso: Mompós’ main gallery has a conventional collection of gold and silver crosses, religious paintings, and other sacred objects, all presented in different rooms of an imposing colonial mansion.

Things to do in Mompós: