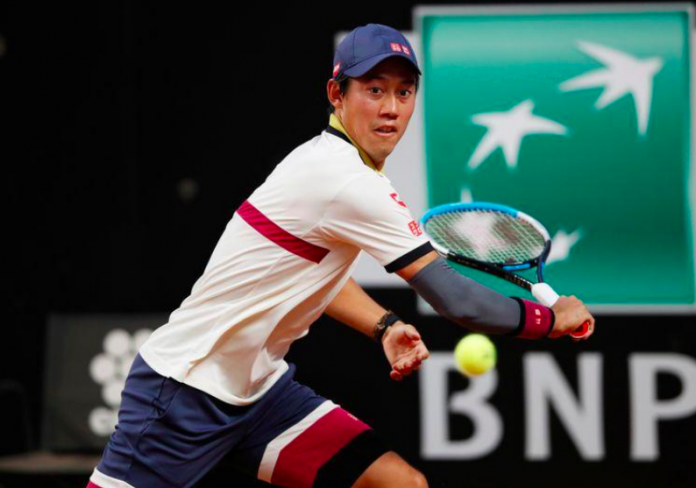 Japan’s Kei Nishikori says he’s gaining in confidence after scoring his first win in over a year on Monday on the comeback trail from elbow surgery, but needs more matches ahead of the French Open starting in less than two weeks.

Nishikori was the first man from Asia to reach a Grand Slam final when he made it to the 2014 U.S. Open title clash. It was also on the hardcourts of Flushing Meadows that the 30-year-old last won a match when he reached the third round last year.

“I was very pleased to be on the court today, first win on the Tour,” Nishikori told reporters after defeating Albert Ramos-Vinolas 6-4 7-6(3) in the opening round of the Italian Open in Rome.

“I’m still not feeling 100% tennis-wise but I enjoyed. Now it’s important to have as many matches as I can, keep winning. I need to start getting into a good tempo, good rhythm.”

Nishikori had surgery on his right elbow after the 2019 U.S. Open. He was slated to return last month at Flushing Meadows, but pulled out after testing postive for coronavirus in the leadup despite a later negative test.

He played at Kitzbuehel in Austria last week, but the former world No. 4 lost his opening match on clay.

“Today was much better than last week, maybe twice better,” he said, trying to build his confidence ahead of the French Open, where the main draw starts on Sept. 27.

“I think at some moments I still don’t have confidence … but little by little I’m getting better,” he said. “If I can have many more matches before French Open, it will be good.”