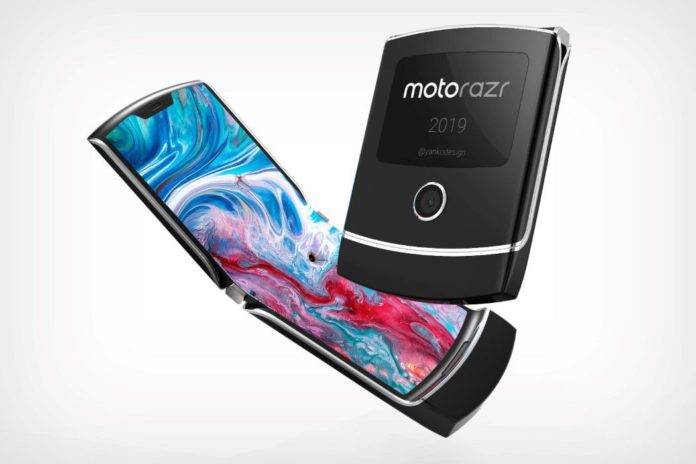 (IANS) Lenovo-owned smartphone brand Motorola has released a new poster which indicates that its next foldable smartphone, which is likely to be called Moto Razr 5G or Moto Razr 2020, may launch in China on September 10.

The upcoming foldable smartphone may feature the same design style as the original Motorola Razr.

The smartphone will be slightly thicker than the previous-generation model and will have more rounded edges, reports GizmoChina.

The phone is expected to be powered by Qualcomm’s Snapdragon 765 processor bundled with 8GB Ram and 256GB internal storage.

The device is also expected to host a 2845mAh battery. The camera department could receive an upgrade by adopting Samsung’s 48MP ISOCELL Bright GM1 sensor.

The phone will run Android 10, and the outer screen will be larger this time.

The handset will be first available in America and China. Meanwhile, there is no update when the company will launch this smartphone in India and other markets.

The smartphone maker launched its flagship Moto Razr back in March in India at Rs 1,24,999 for the sole 6GB RAM + 128GB storage variant.

The phone features a 2.7-inch OLED ‘Quick View’ interactive display on the outside of the device that will keep the users connected.