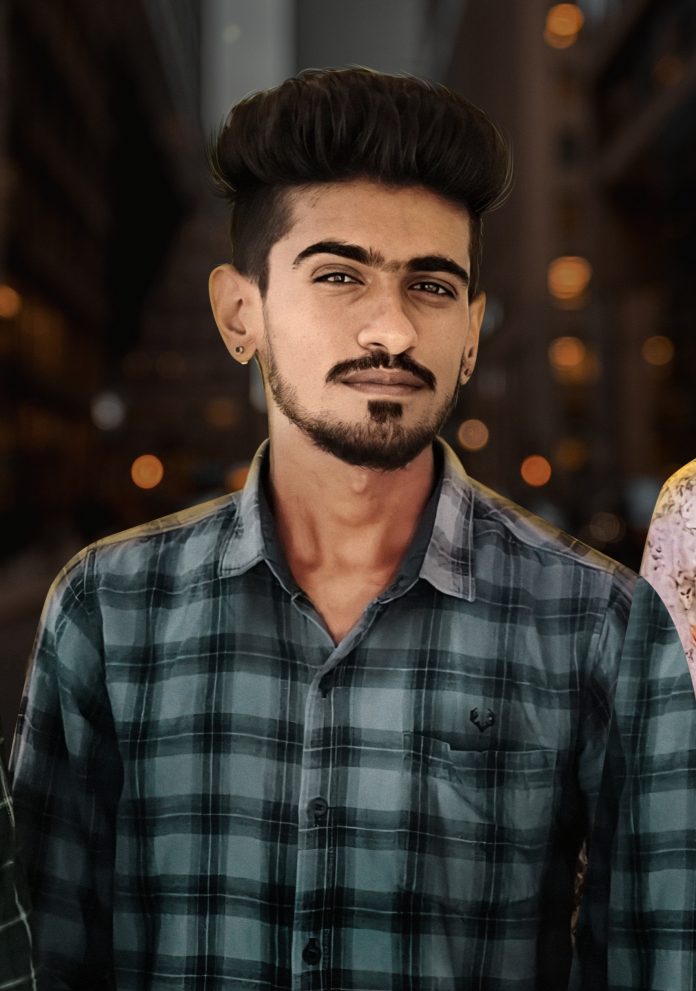 Today, we are Going to Explore the Inspirational Journey of Teju Jangid; you may be familiar with this Name. An Indian Artist and Digital Illustrator who is Rocking on Instagram with his Art.

Teju Jangid (born; 10 September 1998) is an Indian Illustrator, Writer, and Graphic designer. He is also known as Artist Teju Jangid and Teja Ram.

Teju Jangid was born on in the Thadiya village of Jodhpur district in Rajasthan, India.

Belonging from a small village and a middle-class family – It was not so easy to come too far in the field of art and Make own Name so Big. The love toward the arts of Teju Jangid is present since His Childhood. When other children of his age were busy playing video games at that time, he loved to create sketches and paintings. In Class 6th, when Teju sketched the First Time and shown it in his school, Everybody Appreciated it, and that was his first motivation to work forward in this field.

But it was not easy to accept these things in a middle-class family, So his parent opposed it. They said that artists can’t get a stable life – it won’t help you pay your bills.

But Teju Decided not to give up in any Condition. Teachers always motivated him.

Teju’s Family occupation is of a carpenter, so his father told him to join instead of Getting admission for Fine Art In 12th.

It is a Universal Truth that If You do Something with the core of your heart, God helps you, and the same happened with Teju Jangid. His Brother Came to his side and Supported him in this field.

Getting Fame on Social Media

In Feb 2018, When Teju’s Health is Not good, he spent all his time with his phone and laptop. One day After getting Bored, He Installed Instagram on his phone and posted a sample of his digital art, and he got some likes. He felt good and keep Posting His old Sketches and Paintings. People Started Following him, and He is getting appreciated.  One day, He got an Idea of Getting Fame, So He Started creating Celebrities’ art like Amit Bhadana (A Famous Youtuber), Shreya Ghosal, Akshay Kumar, Tony Kakkar, etc. Now Tony Kakkar follows him on Instagram, Shreya Ghosal appreciated him by reposting his art, and Akshay Kumar also commented on his post and appreciated him.

They saw and appreciated and praised Teju Jangid regarding his skills. The Real Game of getting fame started there.

Transformation of art from Traditional to Digital

In an Interview with KC Media, Teju states that He doesn’t know when he transferred his art from Traditional to Digital. But it all started after coming on Instagram when he saw the work of other artists. He used his phone to Improve his Skills.

But now, most of his Content is Digital art. He uses his finger to draw; people are getting amazed after seeing this.

Today, He doesn’t feel ashamed to say himself an Artist and Illustrator – No one is giving taunts today than initial days. Teju is an habitant of a small Village of Jodhpur; he achieved all these things living there. Nowadays, Everyone is praising him for his work. He also Operates a Youtube Channel where he trains newcomers who want to learn skills.

A few months before, when there was some article in Local News Paper, his friend and relative were much happier. They Congratulated him. Teju Jangid Also Worked for Punjab Musical Industry, and They Used his Posters in their songs.