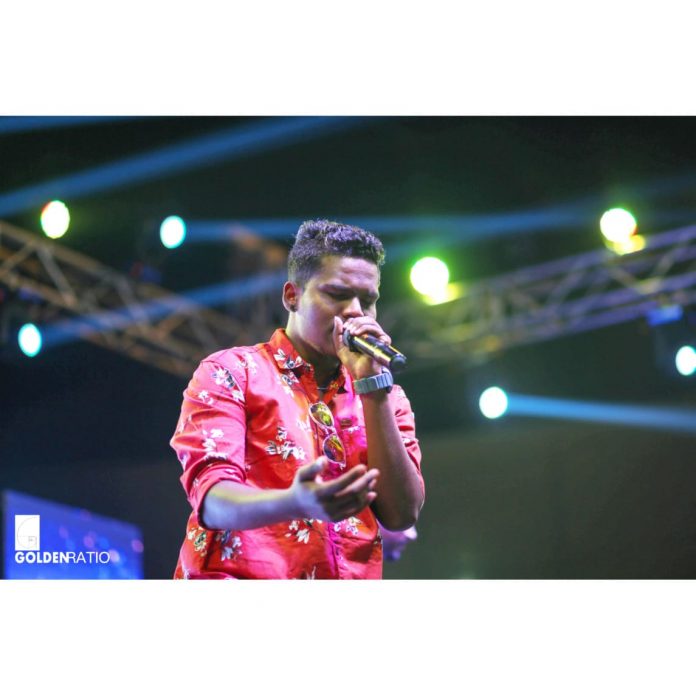 HariHaran, better known as Harry d Cruz, is a 22 year old pioneer in beatboxing. Harry’s pursuit for excellence has led him down various avenues. He was the first to introduce kazoo beatboxing in the country. He has been a Musicality Beatboxer, beatboxing coach, entertainer and he was the  finest talents to produce the harmonies of a saxophone using his vocal cords.

Hariharan was  born in a family, where pursuing a dream in beatboxing was not an option. Hariharan didn’t let this bother him. He was sure about one thing and that was his passion for the art. He would spend more time in cultural fests  instead of attending lectures.

Harry was introduced to beatboxing by one of his seniors and he was instantly swept by the art.

Passion lead him to learn beatboxing with the help of the internet. It was his inquisitiveness towards beatboxing that he learnt and mastered how to play saxophone with nothing but his mouth.

Like most artists Harry D Cruz had humble beginnings, he started his beatboxing career by performing at college fests across Bangalore. He was new to the stage but the mic loved him.

It was a surreal experience to face the crowds heat for the first time at the college fest. From this point on there was no stopping him. He was on his journey to become the first kazoo beatboxer from India.

Inter College feasts gave a platform to Harry D Cruz to polish his art and be recognized for it. They opened doors which would lead Harry to corporate events, live shows, concerts. He didn’t stop at this. He graduated from Indian Academy Degree College and took various Workshop to teach beatboxing, for others who where interested to learn from him, his first work shop took place at NIT Trichy national level fest.

By this time Harry d Cruz was a name to know in the beatboxing world. He performed in many events like humming tree, Mahal Keleeravam, Bandhu Mitra and Bollywood Music(a show hosted by Radio Mirchi 95.FM).

This 22 year old served as the Cultural Secretary at Indian Academy Degree College for the year 2017-18. He also became an active beatboxing coach and trained aspiring musicians under him.

Kazoo is an American musical instrument which creates a ‘buzzing’ sound in the music. He was the first from India to mix both the sounds. His initiative was very well recieved by the music industry. He was awarded with a the world record for being the first kazoo beat boxer of India.

Along with all accolades he received, he has worked with multiple prodigies, achievers, icons, artists. Some of them to cherish are the director of ISRO, Sanjit Hegde, MJ5, Rajesh Vaidhya, Vasu dixit, and Akul Balaji.

Harry D Cruz, has performed on numerous stages which have bought him both fame and recognition including the glorious stages of TedX. He was awarded as the best performer by Hipnotics Dance Company. Harry D Cruz has art in his being. It’s amazing to see how he brings out his passion in various art forms.