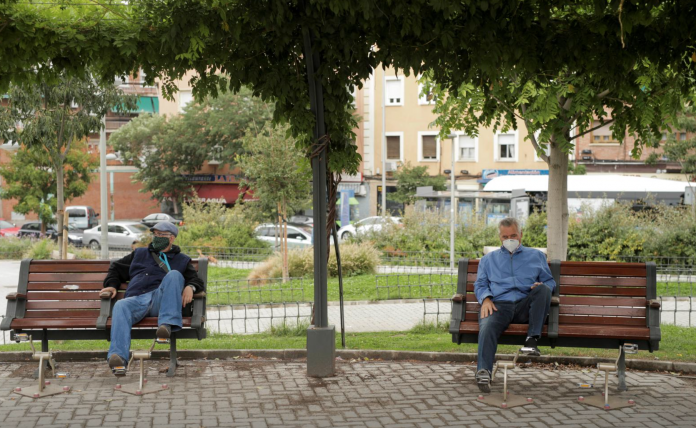 A partial lockdown aimed at stemming a sharp rise in COVID-19 cases is set to begin in some of Madrid’s poorer districts next week, but resident’s of one of the worst-hit neighbourhood’s said on Saturday they doubted the new measures would work.

Vallecas, a southern district with a lower average income and higher immigrant population, has one of the highest infection rates in the Spanish capital – almost six times higher than in Chamberi, a wealthier, northern district.

“These restrictions are completely useless because we have to travel from one area which has a lot of cases to another which has less and we are going to spread it,” said Feli, 48, a civil servant who lives in Vallecas.

Under the restrictions, announced by Madrid’s regional government on Friday, movement between and within six districts that are home to about 850,000 people will be restricted from Monday, but people will still be able to go to work.

Regional leader Isabel Diaz Ayuso said the areas had been chosen because contagion levels there exceeded 1,000 per 100,000 people. Police would be deployed to enforce the lockdown, authorities said on Saturday.

“People are not going to obey because many people do not even have a bank book. If they fine them, how are they going to get the money?” said Lola, 56, a cleaner.

Mercedes, 45, a teacher, backed the measures but said poverty was more dangerous than COVID-19.

“If two, three or seven families live in a small apartment, how can they keep their distance?” she said.

Access to parks and public areas will be restricted, gatherings will be limited to six people and commercial establishments will have to close by 10 p.m. in the areas.