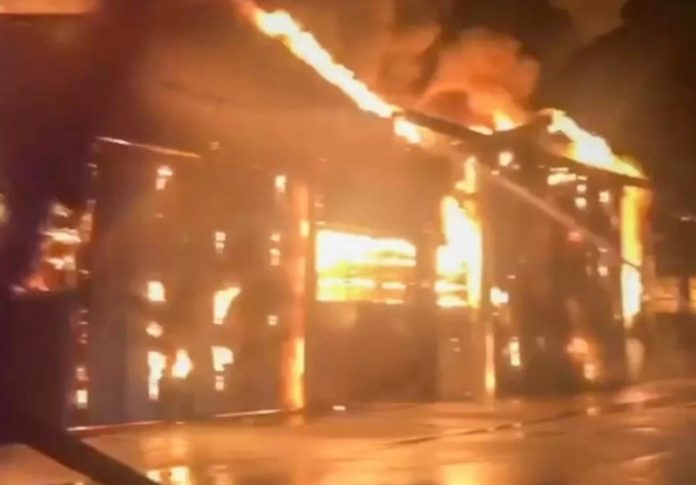 A large fire broke out near the port area of the Ancona, on Italy’s Adriatic coast in the early hours of Wednesday morning, sending a huge column of flame and smoke into the air, officials said, but no casualties were reported.

The fire service said the fire broke out near the port at around 12.30 a.m. involving several warehouses and said 16 firefighting teams were present at the scene.