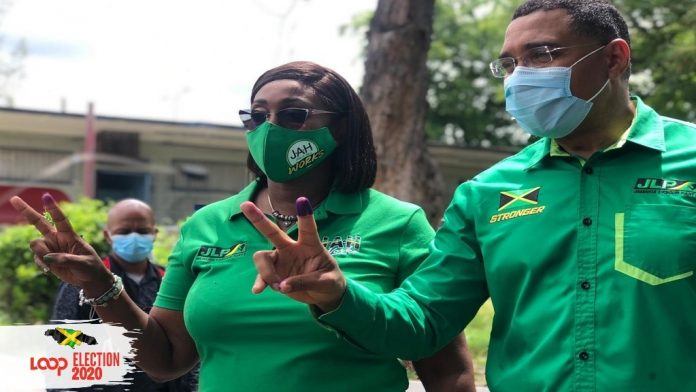 The centre-right Jamaica Labour Party (JLP), which won praise for its stewardship of the economy, won 49 of 63 seats, an addition of 16 seats, according to an early count released around 9 p.m. local time (0200 GMT) by the Electoral Office.

“There is cause for celebration, but there is also significant cause for consideration,” Holness said in a subdued televised speech late on Thursday.

The opposition People’s National Party (PNP) leader, Peter Phillips, appeared to have retained his seat, but earlier declared that he would step down and retire from politics if his party lost the election.

“The PNP are barely holding on in traditionally safe territory. This election represents a massive realignment of Jamaica’s political landscape, albeit with lower than expected voter turnout,” said political analyst Ricardo Brooks.

In the runup to the election, Holness credited his administration’s tax cuts and other reforms with bringing down unemployment to an all-time low and sharply reducing poverty. He also highlighted the construction of affordable housing and new roads.

But the pandemic has sent Jamaica, like the rest of the heavily tourism-reliant Caribbean, reeling. The Bank of Jamaica last week predicted the economy would contract 7% to 10% this fiscal year.

Analysts said the prime minister likely called the election six months before it was constitutionally mandated to get ahead of a recession due to COVID-19.

Under a slogan of “Build Back Stronger,” the JLP manifesto outlined a 10-point plan, including a $98 million package of loans, grants and support for agriculture and small businesses, as well as social reforms such as unemployment insurance.

Holness called the elections on Aug. 11, when authorities appeared to have successfully contained the coronavirus outbreak in the island nation of some 3 million.

But cases have more than doubled since then, after lockdown restrictions were eased and borders opened, with 2,822 cases as of Sept. 2, and 27 deaths.

Polling stations on Thursday were manned with police officers, volunteers and electoral workers, who took temperatures and directed people to sanitization stations.

For the most part, voters wore masks or face shields and appeared to adhere to social distancing, although lines were tightly packed at some polling stations.

Voters who are confirmed COVID-positive were allocated a time slot between 4 and 5 p.m. to cast their ballot.