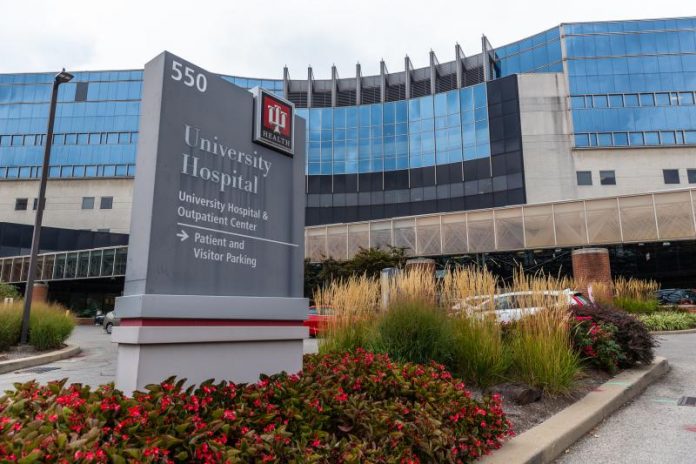 Indiana University at Bloomington on Thursday urged students living in fraternity and sorority houses to move out, citing an “alarming” rate of positive COVID-19 tests that marked the latest outbreak in the U.S. Midwest and at a college campus.

The university said on Twitter that positive tests for coronavirus were exceeding 50% in some Greek houses, higher than in dorms, and told fraternity and sorority members to “re-evaluate their current living situation.”

“Based on an increasingly alarming rate of positive test results from continued COVID-19 mitigation testing, IU Bloomington and its public health experts believe Greek houses are not safe given the pandemic conditions,” the school tweeted.

Indiana University, a campus of some 40,000 students, said it lacked the authority to manage the privately owned houses, but hoped Greek organizations and landlords would work with students to help them make new arrangements.

Some students responding on social media accused the school of unfairly blaming the Greek system. Others said administrators should have expected outbreaks where a number of people were living in close quarters.

Major universities have grappled with thousands of students returning to campus for the fall semester, with some imposing online-only learning. New cases have spiked at some colleges that have allowed students to return to class.

New coronavirus infections have fallen nationwide for six weeks in a row but surged in the Midwest. Iowa, North Dakota and South Dakota are reporting the highest percentage of positive tests, over 20% in each state.

Hundreds of thousands of motorcyclists descended on Sturgis, South Dakota, in August for an annual rally and health experts feared that could further spread the virus. On Wednesday a Minnesota health official said a motorcycle enthusiast in his 60s who had shown up there died of COVID-19.

New cases rose 27% last week in Minnesota and 34% in Indiana.

Among those who have tested positive in recent days are British actor Robert Pattinson, 35, bringing an abrupt halt to production of his film “The Batman” as Hollywood struggles to regain its footing following a pandemic shutdown.

The Baseball Hall of Fame said late on Wednesday that Tom Seaver, considered one of the sport’s greatest right-handed pitchers, had died of complications of COVID-19 and Lewy body dementia at the age of 75.

And pro-wrestler turned Hollywood actor Dwayne “The Rock” Johnson, 48, said in a video message posted on social media on Wednesday that he, his wife and their two children had tested positive for COVID-19 in recent weeks but had since recovered

New York City on Thursday allowed malls to reopen their doors to shoppers at 50% capacity. Statewide, casinos can now operate at 25% capacity.

“Thanks to the hard work of New Yorkers, we are at a point in our fight against this virus where we can safely reopen malls in New York City as long as they adhere to strict health and safety protocols,” Governor Andrew Cuomo said.

New York has seen by far the most COVID-19 deaths of any U.S. state, with more than 32,000, but its rate of new infections has dropped to among the lowest in the nation.

At least 185,754 have died of the illness across the United States, according to a Reuters tally.

U.S. public health officials and Pfizer Inc said a COVID-19 vaccine could be ready for distribution as soon as late October, just ahead of the Nov. 3 election in which the pandemic is likely to be a major factor in whether President Donald Trump wins a second term.