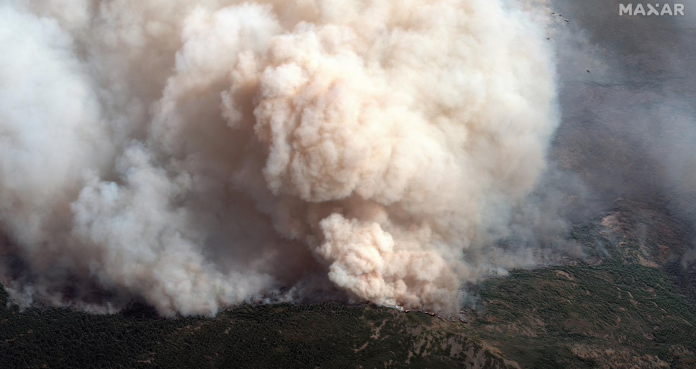 Dozens of conflagrations have raged across more than 5 million acres (1.6 million hectares) in Oregon, California and Washington state since August, laying waste to several small towns, destroying thousands of homes and killing at least 35 people.

The region’s increasingly dry and overgrown forests have become large-scale tinderboxes over decades while wildfires have become more frequent, more intense and more deadly. Here’s why.

IS THE PROBLEM POOR FOREST MANAGEMENT OR CLIMATE CHANGE?

Scientists say both factors are at work.

Starting in the early 1900s, wildfires were fought aggressively and suppressed, which led to a build-up of dead trees and brush in forested areas. That means more fuel for bigger, more intense and damaging wildfires.

But changes in climate and weather patterns — warming temperatures, periods of drought and erratic rains – also are causes.

“We don’t want to minimize the impact of climate because it’s significant already and because it’s growing in the future,” said Dan Cayan, a climate researcher at the Scripps Institution of Oceanography at the University of California San Diego.

WHAT WEATHER CONDITIONS LED TO THIS YEAR’S FIRES?

“All that makes for pretty explosive conditions if an ignition takes place,” Cayan said.

California also experienced thunderstorms with very little rain that contributed to a surge in dry lightning strikes – the most widespread burst of such storms in California since 2008. In mid-August, nearly 6,000 lightning strikes were recorded during a single 24-hour stretch.

Nine of the 10 most destructive fires in California have happened in the last decade, according to the California Department of Forestry and Fire Protection (CalFire) despite modern forest management techniques aimed at mitigating fire risk.

WHAT IS BEING DONE TO MAKE FORESTS LESS PRONE TO LARGE FIRES?

California also said this year that it completed 35 emergency fuel break projects, which create gaps in vegetation that form natural barriers to fire spread and protect residents in areas of high fire risk.