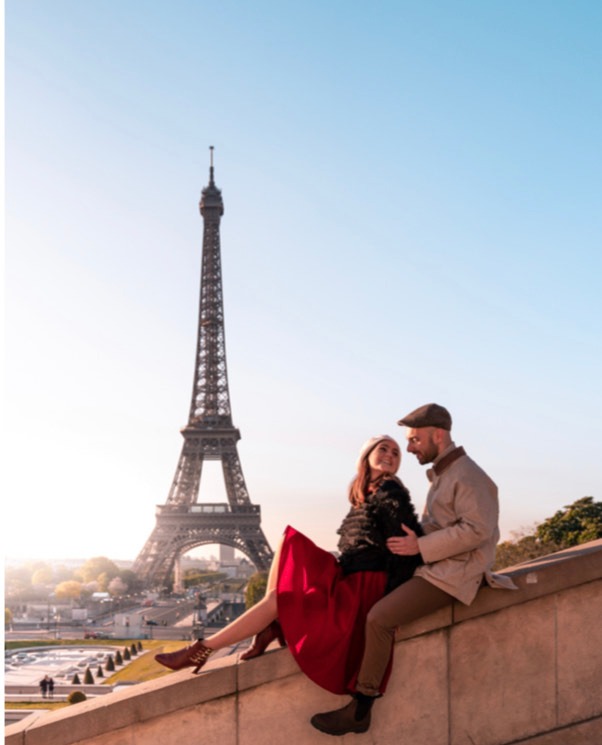 Domi and Frida are an Italian based couple that have been exploring the world together since 2006. As travel enthusiasts, they have been looking for new adventures around the world constantly for over a decade. Each trip that they take is a unique experience that they share together, and as of late, they’ve been able to share it with their Instagram following of over 500,000.

After college, the couple still traveled frequently while working full time. It was tough, but their shared passion of exploring and learning new cultures around the world would let nothing stop them from seeing the world. To keep their friends and family in the loop and to display their photo albums from their trips, Domi and Frida started a couple travel page in 2017, @weloveourlife. It started with just a few friends and family following their journeys, but it soon blossomed into something much greater. They began to rack up followers by the thousands, and before they knew it they had over 500,000 followers, many of them loyal to their content and their brand.

Domi and Frida’s intentions with their travel were never to monetize it, as they traveled out of enjoyment and had a strong passion for it. But once they began seeing huge momentum on their social media, they began entertaining the idea of making money off of their content. With little knowledge on how to do it, they began talking with brands and hotels about striking deals.

The first collaborations were the most difficult, but they began receiving positive responses from the initial brands they worked with and they knew that making their passion a full time occupation was a very real possibility. Before long, they began striking partnerships with nearly every trip they took and were able to leave their full time jobs to begin traveling freely.

Even though they had a passion for traveling, they still put in work behind the scenes to make their content as strong as possible. They worked tirelessly to improve their photography skills, and even studied how other travel influencers created content and began implementing it into their work. The quality of their content increased greatly as a result, and their Instagram page began taking off.

Their love for travel has remained the same to this day, but Domi and Frida are working harder than ever to grow their brand on social media and their ability to get paid for their travels is a testament to their incredible work ethic and raw passion. Even with all of the success they’ve had, this is just the beginning for the wanderlust couple.