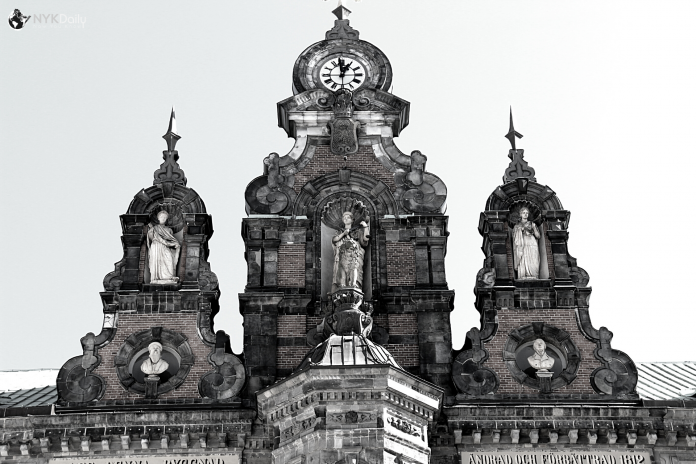 As per archeological evidence, human occupancy of current-day Sweden started around 12000 BCE. The oldest known humans belonged to the Late Palaeolithic’s Bromme society, extending from the south at the Last Glacial Period. Neolithic farming culture became stabilized in the southern regions around 4000 BCE, but a thousand years later, further north. About 1700 BCE, the Nordic Bronze Age began in the south of areas, revolving around imported metals; this was succeeded by about 500 BCE by the Iron Age. Regional ore deposits were utilized. Graves are known mainly from 200 BCE onward.

Around the days of Christ, imports of Roman artifacts increased. The agricultural practice spread northward, and constant field boundaries were built in stone. Hillforts became widespread. An extensive range of metalwork, including gold ornaments, are distinguished from the following Migration Period (about 400CE–550CE) and Vendel Period (about 550CE –790 CE).

Let’s look at the Prehistoric Sweden in Detail. (Until the start of Iron Age)

The Pleistocene glaciations washed the landscape fresh and covered much of it in thick quaternary sediments. Therefore, no specific Early or Middle Palaeolithic sites or finds are recognized from Sweden. As far as it is presently known, the country’s prehistory starts in the Allerød interstadial 12,000 BCE with Late Palaeolithic hunting camps of the Bromme culture at the edge of the ice in what is now the nation’s southernmost territory.

Shortly before the Younger Dryas (9,600 BCE) conclusion, Bohuslän (the west coast of Sweden) was toured by hunter-gatherers from northern Germany. This social group is usually referred to as the Ahrensburgian and was involved in sealing and fishing along western Sweden’s coast.

Currently, we call this group the Hensbacka culture and, in Norway, as the Fosna culture group. During the late Preboreal period, expansion continued as people move towards the north-east as the ice retreated. Linguistic, archaeological, linguistic, and genetic evidence suggests that they arrived first from the south-west and, in time, from the north-east and met halfway. Early Scandinavian hunter-gatherers’ genomes show that the group from the south and the other one from the northeast finally mixed in Scandinavia. Besides their cultural differences in e.g., toolmaking, the two groups also differed in appearance. The south populations had dark skin and blue eyes, while the groups arriving from the north had light skin and variance in eye color.

Animal Husbandry and farming, along with grand burial, waxed flint axes, and polished pottery, appeared from the Continent with the Funnel-beaker Culture in 4,000 BCE. Whether this happened by dissemination of knowledge or by mass migration or both are uncertain. Within a century or two, all Denmark and the southern third of Sweden became neolithic, and much of the area became covered with megalithic tombs. Farmers were skilled in rearing calves to collect milk from cows. The society of the country’s northern two-thirds retained an inherently Mesolithic lifestyle into the 1000 BCE. Likewise, waterfront south-eastern Sweden returned from neolithisation to fishing and fishing hunting after only a few centuries, with the Pitted Ware Culture.

In 2,800 BCE, the Funnel Beaker Culture gave way to the Battle Axe Culture, a local version of the middle-European Corded Ware event. Again, mass migration OR diffusion of information is disputed. The Battle Axe and Pitted Ware people lived in harmony as separate archaeological entities until 2,400 BCE, when they merged into a relatively homogeneous Late Neolithic culture. This culture produced the most elegant flintwork in Scandinavian Prehistory.

Sweden’s southern third was part of the agricultural and stock-keeping Nordic Bronze Age Culture’s area, mostly external to its Danish center. The era began in 1,700 BCE with the start of bronze importation, first from Ireland and then frequently from central Europe. Copper mining was never tried regionally during this period, and Scandinavia has no tin sediments, so all metal had to be shipped. However, it was primarily cast into local designs on arrival. Ironmaking began locally toward the period’s end, apparently as a trade secret among bronze casters: iron was almost entirely used for tools to make bronze objects.

The Nordic Bronze Age was completely pre-urban, with people living in plantations and on hamlets with single-story wooden long-houses. Topographical and geological conditions were similar to those of today, but the climate was milder.

Due to the lack of Roman occupation, Sweden’s Iron Age is calculated to introduce stone architecture and monastic orders about 1,100 CE. Much of the era is proto-historical; that is, there are written sources, but most carry a deficient source-critical quality. The scraps of recorded matter are either much later than the era in question, written in regions far away, or local and coeval but remarkably brief.