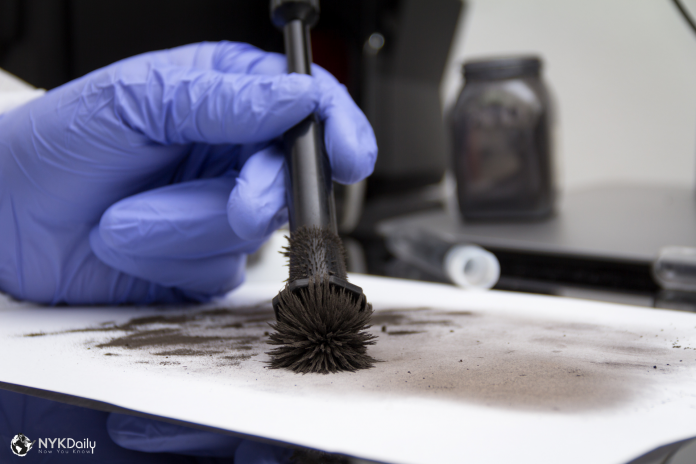 Not only does the ink from a pen and the nature of paper offer clues to forensic document examiners about the origin of a mysterious document, but different kinds of mechanical devices do too.

Printers, copiers, and typewriters many times leave notable markings on the printed or copied document. These stampings may show that a particular piece of paper has been altered. Such alterations can help forensic report investigators determine precisely which machine created the disputed document.

In this piece, I will try to describe what forensic report investigators look for when they come across a printed document used in the commission of a crime.

If they do not use a pencil/pen and paper, perpetrators often use laptops to write ransom notes or intimidation letters. The offenders have a false sense of security that perpetrating such an act makes the letter or note untraceable. Nothing could be farther from the truth. Whenever a printer is used to print a controversial document, the forensic report investigators try to:

An electrostatic detection device (EDD) provides forensic investigators with a non-destructive technique to examine a document’s indentations. In this work, an EDD is used to identify latent physical markings left on documents by photocopiers and printers.

This was an easier solution. However, smarter crooks use primitive ways to send across documents, and that’s where things become interesting.

If the document used was created using a typewriter:

Discovering the model and make of a typewriter means that the analyst must have access to a list of typefaces used in numerous new and old printer models. Many manufacturers use either elite or Century Gothic typefaces. However, the letter’s shape, style, and size are different, making the investigator’s work hard. After a serious examination of a document, the examiner may find out the typewriter’s make and model that created it. Doing so may assist in shortening the list of machines that produced the document.

Figuring out the machine

To determine whether a particular typewriting machine created a controversial document, analysts search for unique characteristics that can involve damaged or misaligned letters, irregular spacing before or after individual letters, and variances in the pressure applied to the page. For example, particular messages can have spurs or grooves that are stamped on a paper. These letters can also print slightly higher or slant toward one side or lower than the rest of the notes on the page. Such anomalies can be compared to a sample page taken from a defendant typewriter and thus present powerful individualizing qualities unique only to that typewriter.

To compare a disputed document and a particular typewriter, the forensic report analyst types up a matching document taken from the typewriter. While doing this, the analyst picks a ribbon similar in type and condition to the one used to create the original form. The basis for this, is that a worn ribbon will show trivial anomalies in the typeface. On the other hand, a new ribbon holding fresh ink may hide them properly.

Typewriting machines that use ribbons can assist the analyst match an appropriate typewriter to the document in question. If a typewriting machine utilizes a single-pass ribbon, forensic scientists can read the ribbon’s message itself, given that the ribbon is still kept in the device. Even if the ribbon has been employed for numerous passes, criminal investigators can still reveal parts of the ribbon message.

Suppose a criminal used the original typewriter to add an extra line or a paragraph to a document? How does the examiner know that his occurred? If the typeface is similar in both the old text and the added-on text, it is hard for the examiner to determine if a modification occurred. However, when the paper is entered back into a typewriter for the second time, the alignment often is off. Taking advantage of this, the examiner puts a uniquely made glass plate with an etched grid design on top of the page. By doing so, he can quickly check any inconsistencies in the added lines and paragraphs’ alignment.