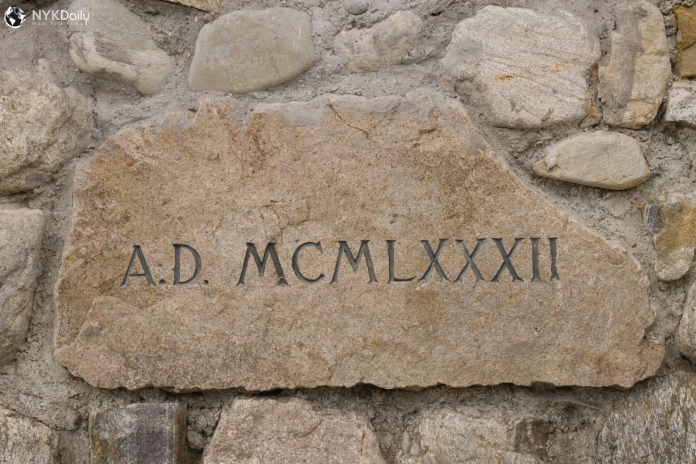 Just as the name implies, the Roman numerals are a type of numeral system created in ancient Rome. All across Europe, it remained the dominant way of writing numbers and was relevant to the latter part of the Middle Ages.

In the Roman numeral system, numbers are characterized by letters derived from the Roman or Latin alphabet. In the modern era, seven symbols are used, with each having its own assigned integer value. These symbols are I, V, X, L, C, D, and M with the values as 1, 5, 10, 50, 100, 500, and 1000 respectively.

Origin of the Roman Numbers

It is believed that the first use of Roman numbers was the period around 900 and 800 BCE, roughly the time when Rome itself was established. During this time, the area was populated by various people, but the Etruscans emerged as the most sophisticated of them all. The mighty Roman Empire was built upon the Etruscans’ civilization, and there is no controversy regarding this. The Romans got the numbering system from the Etruscans, who have already developed a numbering system.

It will help you know that the Romans developed their numbering system by directly deriving it from the Etruscan number symbols. Just as in the typical Roman system, the Etruscans took care to write the characters that summed up to the particular number, in descending order of value.

The Romans derived their early numbers of 1, 10, and 100 directly from the Etruscan equivalents. However, the numerals they derived were modified gradually with time. By the time of Augustus, there had been remarkable changes to the digits.

Usage of the Roman Numbers in the Medieval Period and Renaissance

Around this time, the Roman numbers’ use was all over and continued even after the decline of the Western Roman Empire. With its widespread usage came the modification of different parts of the Roman numbering system. Newer symbols were also added, and these extra symbols are known as the medieval Roman numbers. The use of Roman numerals continued well into the Renaissance Era.

Roman Numbers in the Modern Times

In the modern era, speaking of around the 11th century, there was already the advent of Indian numerals, which were in use in Europe, especially in Andalus. But even at that, Roman numbers remain very popular, and they would continue to be used in the West right up to the 15th century. Accountants and record keepers did their works meticulously by using the Roman numbers. Even though the more efficient Indian numerals would later replace this system, the replacement was over time.

Some of the Roman numbering systems use in those days remain in use today, and an excellent instance of this is the regnal numbers used in the names of monarchs and the Catholic popes worldwide. Illustrations are as follows:

In astronomy, planets can be labeled with Roman numbers with Saturn VI (Titan) named thus. The same thing applies in chemistry where Roman numerals are used to describe groups of the periodic table, oxidation number of the cations, and even in the IUPAC naming system in inorganic chemistry.

When it comes to advanced mathematics like calculus, statistics, and trigonometry, the Roman numbers are also used in graphs and naming of quadrants. The military also uses the same numbering system when it comes to the description of different units. Music is another area where the Roman numeral system has been used even in the modern era; for example, diatonic functions are denoted using Roman numerals. Overall, the Roman numbering system is an elegant one, and that it has remained relevant until today is a testament to its brilliance.