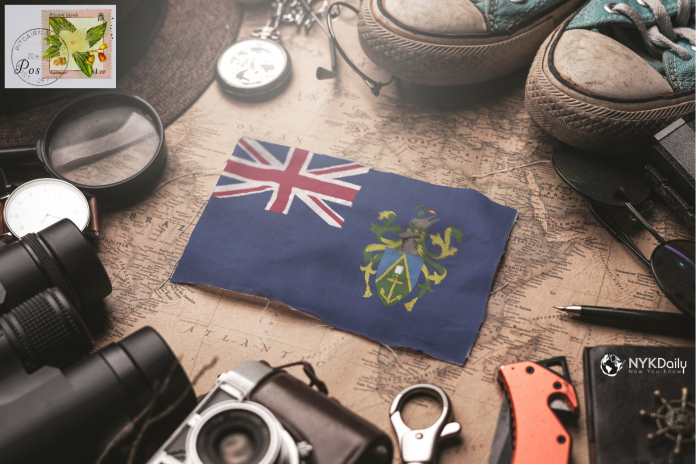 Officially the least populous national jurisdiction globally, The Pitcairn Islands is a bunch of four volcanic islands in the southern Pacific Ocean that form the British Overseas Territory. The four islands — Henderson, Oeno, Pitcairn, and Ducie — are spread across several hundred miles of ocean and have a consolidated land area of about 47 km2(18 square miles). Henderson Island covers 86% of the land area, but only Pitcairn Island is inhabited. The nearest places are Easter Island to the east and Mangareva (of French Polynesia) to the west.

Let’s look at the fascinating history of this little wonder:

The oldest recorded immigrants of the Pitcairn Islands were Polynesians. They appear to have lived on Henderson and Pitcairn and Mangareva Island 340 mi (540 kilometers) to the northwest, for many centuries. They traded goods and established social ties among the three islands despite the long canoe journeys between them, which served the small populations on each island survive despite their confined resources. Eventually, critical natural resources were depleted, inter-island trade broke down. A civil war period began on Mangareva, prompting Pitcairn and Henderson’s small human populations to be cut off and eventually become extinct.

Although archaeologists believe that Polynesians were living on Pitcairn as late as the 15th century, the islands were deserted when Europeans rediscovered them.

Henderson and Ducie Islands were recognized by Portuguese sailor Pedro Fernandes de Queirós, leaving for the Spanish Crown, who appeared on 26 January 1606. He named them San Juan Bautista (“Saint John the Baptist” and La Encarnación (“The Incarnation”), respectively. However, some experts express doubt about exactly which of the islands were toured and named by Queirós, implying that La Encarnación may have been Henderson Island, and San Juan Bautista may have been Pitcairn Island.

Pitcairn Island was noticed on 3 July 1767 by the crew of the British sloop HMS Swallow, headed by Captain Philip Carteret. The island was named after Midshipman Robert Pitcairn, a fifteen-year-old crew member who was the first to see the island. Robert Pitcairn was a son of British Marine Major John Pitcairn, who later was killed at the 1775 Battle of Bunker Hill in the American War of Independence.

Carteret, who sailed without the newly-invented marine chronometer, charted the island at 25°02′S 133°21′W. Although the latitude was reasonably accurate, his recorded longitude was inaccurate by about 3°, putting his coordinates 330 km (210 mi) to the west of the real island. This made Pitcairn difficult to find, as highlighted by the failure of Captain James Cook to discover the island in July 1773.

In 1790, nine of the Bounty rebels, along with the indigenous Tahitian men and women who were with them (6 men, 11 women, and a baby girl), moved on Pitcairn Island and set fire to the Bounty. The island residents were well aware of the Bounty’s location, which is still visible underwater in Bounty Bay. Still, the wreckage gained considerable attention in 1957 when recorded by National Geographic explorer Luis Marden. Although the settlers survived by fishing and farming, the initial settlement period was marked by severe tensions. Murder, alcoholism, disease, and other ills took the lives of most rebels and Tahitian men. Ned Young and John Adams turned to the scriptures, using the ship’s Bible to guide a new and nonviolent society. Young ultimately died of an asthmatic infection.

Ducie Island was rediscovered in 1791 by Royal Navy Captain Edwards aboard HMS Pandora while hunting for the Bounty rebels. He called it after Francis Reynolds-Moreton, 3rd Baron Ducie, also a captain in the Royal Navy.

Traditionally, Pitcairn Islanders recognize that their islands “officially” became a British colony on 30 November 1838 while becoming one of the first territories to extend voting rights to women. By the mid-1850s, the Pitcairn population was outgrowing the island; its leaders appealed to the British government for assistance and were offered Norfolk Island. On 3 May 1856, the entire community of 193 people set sail for Norfolk on board the Morayshire, arriving on 8 June after a problematic five-week trip. However, just eighteen months later, seventeen of the Pitcairn Islanders came back to their home island, and another 27 followed five years later.

HMS Thetis explored Pitcairn Island on 18 April 1881 and “found the people very comfortable and happy, and in perfect health.” At that time, the population was 96, an extension of six since the visit of Admiral de Horsey in September 1878. Stores had recently been transported from friends in England, including Portland cement and two whale-boats, making the reservoir watertight. HMS Thetis gave the islanders 91kg (200 lb) of biscuits, 45 kg (100lb) of candles, and 45 kg of soap and clothing to the value of £31, donated by the ship’s firm. An American trading ship called Venus had freshly bestowed a cottonseed supply to provide the islanders with a crop for eventual trade.

In 1886, the Seventh-day Adventist layman John Tay visited Pitcairn and persuaded most islanders to trust his faith. He returned in 1890 on the missionary schooner Pitcairn with an appointed minister to perform baptisms. Jesus! Since then, the bulk of Pitcairn Islanders have been Adventists ( Protestant Christianity).

Britain annexed Henderson, Oeno, and Ducie’s islands in 1902: Henderson on 1 July, Oeno on 10 July, and Ducie on 19 December. In 1938, the three islands, along with Pitcairn, were incorporated into a single administrative unit called the “Pitcairn Group of Islands.”

The population peaked at 233 in 1937. It has since decreased owing to emigration, primarily to New Zealand and Australia.