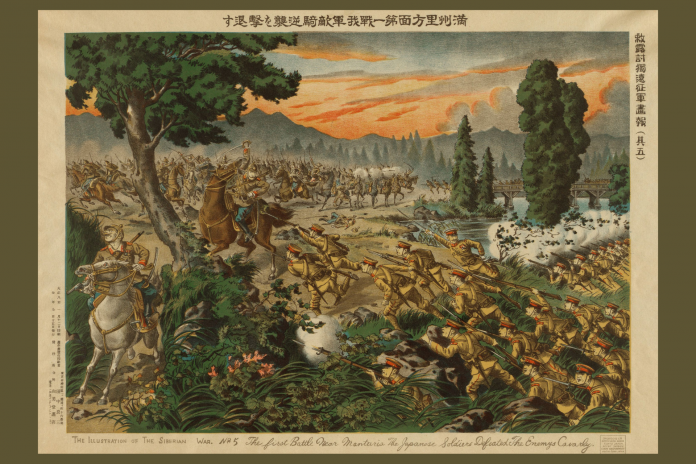 Manchuria is a famous district in East Asia, and it is split into two parts.

It is the Manchu people’s homeland, known as the “land of dragon rising.”

Let’s look at the colorful history of the dragon land.

At different times in history, the Cao Wei dynasty, the Han dynasty, the Western Jin dynasty, the Tang dynasty, and some other minor kingdoms of China had installed power in parts of Manchuria. Various states of mixed Tungusic and proto-Korean ethnicity lived in central-southern Manchuria, such as Buyeo, Gojoseon, Goguryeo.

Manchuria was the home of numerous Tungusic tribes, including the Nani and Ulchs. Many ethnic groups and their respective areas, including the Wuhuan, Mohe, Sushen, Donghu, Xianbei, and Khitan, have risen to Manchuria’s power.

From 698 to the mid-900s, the Balhae kingdom occupied the northern Korean peninsula and parts of Manchuria and Primorsky Krai, comprising of the people of the newly fallen Goguryeo kingdom of Korea as a noble class, and the Nanai, the Udege, and the Evenks and families of the Tungus-speaking people as a lower class. Balhae was an ancient feudal medieval state of Eastern Asia, which evolved its agriculture, industry, animal husbandry, and had its own traditions and art. People of Balhae maintained economic, political, and cultural contacts with the Chinese Tang dynasty, as well as Japan.

Primorsky Krai, settled by Northern Mohe tribes, were incorporated to the Balhae Kingdom under King Seon’s reign (818–830) and put the Balhae empire at its height.

With the Song administration to the south, the Khitan tribes of Western Manchuria, who spoke a language related to the ancient Mongolic languages, built the Liao dynasty in the region, which controlled neighboring parts of Northern China.

In the 12th century, the Tungusic Jurchen tribes independently lived in the woods in the Liao Empire’s eastern borderlands, and were Liao’s tributaries, defeated the Liao and formed the Jin dynasty (1115–1234). They went on to dominate parts of Northern China and Mongolia after a series of victorious military campaigns. Most of the surviving Khitan either absorbed the Han Chinese and Jurchen population or moved to Central Asia. However, according to DNA tests carried out by Liu Fengzhu of the NRICASS (Nationalities Research Institute of the Chinese Academy of Social Sciences), the Daur tribes, still living in Manchuria, are also descendants of the Khitans.

The first Jin capital, Shangjing, situated on the Ashi River within modern Harbin, was not much more than the city of tents. Still, in 1124 the second Jin emperor Wuqimai began a major construction project. His Chinese chief architect, Lu Yanlun, built a new city at this locality, emulating the Northern Song capital on a smaller scale Bianjing (Kaifeng). When Bianjing fell to the Jin army in 1127, thousands of seized Song aristocrats (including the two Song emperors), artisans, scholars, and entertainers, along with the Song capital wealth, were all taken to Shangjing (the Upper Capital) by the victors.

Although the Jurchen ruler Wanyan Liang, pushed on by his ambitions to become the king of all China, changed the Jin capital from Shangjing to Yanjing (now Beijing) in 1153, and had the Shangjing palaces demolished in 1157, the city retrieved a degree of weight under Wanyan Liang’s successor, Emperor Shizong, who liked visiting the region to get in touch with his Jurchen roots.

The capital of the Jin, Zhongdu, was successfully invaded by the Mongols in 1215 at Zhongdu’s Battle. Jin then moved their capital to Kaifeng, which fell to Mongols in 1233. In 1234, the Jin dynasty deflated after the siege of Caizhou. The last emperor of Jin, Emperor Mo, was killed while fighting the Mongols, who had breached the city’s walls. A few weeks earlier, his predecessor, Emperor Aizong, committed suicide because he could not leave the blockaded city.

Mongols and the Yuan dynasty

In 1211, after the triumph of Western Xia, Genghis Khan gathered an army to defeat the Jin dynasty. His general Jebe and brother Qasar were instructed to humiliate the Jurchen cities in Manchuria. They triumphantly destroyed the Jin forts there. The Khitans under Yelü Ligue announced their allegiance to Genghis Khan and installed a nominally autonomous state in Manchuria in 1213. However, the Jin forces sent a punitive expedition against them. Jebe went there again, and the Mongols threw out the Jins.

The Jin general, Puxian Wannu, resisted against the Jin dynasty and founded the kingdom of Eastern Xia in Dongjing (Liaoyang) in 1215. He assumed the title Tianwang. Puxian Wannu allied with the Mongols to secure his position. However, he rebelled in 1222 after that and fled to an island while the Mongol army overran Liaoxi, Khorezm, and Liaodong. As a result of internal strife among the Khitans, they failed to trust Yelü Liuge’s rule and rebelled against the Mongol Empire. Fearing of Mongol pressure, those Khitans retreated to Goryeo without permission. But they were overwhelmed by the Mongol-Korean partnership. Genghis Khan gave his brothers and Muqali Chinese communities in Manchuria.

Ögedei Khan’s son Güyük defeated the Eastern Xia dynasty in 1233, pacifying southern Manchuria. Sometime after 1234, Ögedei also defeated the Water Tatars in the northern part of the region and began to receive harems, falcons, and furs as taxation. The Mongols crushed the Water Tatar rebellion in 1237. In Siberia and Manchuria, the Mongols used dogsled relays for their yam. The capital city Karakorum directly managed Manchuria until the 1260s.

The Ming dynasty seized Liaoning control in the mid-1300s, just three years after the Mongols’ expulsion from Beijing. During the Yongle Emperor’s reign in the early 15th century, efforts were made to expand Chinese control throughout Manchuria by setting the Nurgan Regional Military Commission. Chinese religious and cultural influence such as Chinese New Year, the “Chinese god,” Chinese themes like the dragon, scrolls, spirals, and material goods like iron cooking pots, farming, agriculture, heating, cotton, and silk spread among the Amur natives like the Udeghes, Nanais, and Ulchis.

The unification of the Jurchen people completed by Nurhaci was accompanied by his son’s, Hong Taiji, dynamic expansion into Outer Manchuria. The successful invasion of the Amur basin people was achieved after the defeat of the Evenk chief Bombogor, in 1640.

In the mid-1600s, the Manchus took Beijing, defeating the Ming dynasty and soon founded the Qing dynasty rule (1644–1912) over all of China. The Manchus ruled China, but they treated Manchuria’s homeland to a special status and managed it separately. The “Banner” system in China involved military units originated in Manchuria and was used as a form of government.

By the 19th century, the Manchu rule had become more sinicized. Manu, along with other parts of the Qing Empire, such as Mongolia, came under Japan’s control, and the European authorities as the Qing dynasty grew and weaker.

Inner Manchuria also came under heavy Russian influence with the Chinese Eastern Railway building through Harbin to Vladivostok. Some Korean farmers shifted there. In Chuang Guandong, many Han farmers, primarily from the Shandong peninsula, moved there, attracted by cheap farmland that was perfect for planting soybeans.

During the 1899–1900 Boxer Rebellion, the Russian army killed ten-thousand Chinese (Han Chinese, Manchu, and Daur people) living in Blagoveshchensk. In retaliation, the Chinese Honghuzi conducted guerilla warfare against Manchuria’s Russian occupation and partnered with Japan against Russia during the Russo-Japanese War.

Japan replaced Russian control in the southern half of Inner Manchuria as a consequence of the Russo-Japanese War in 1904–1905. Most of the south branch of the Chinese Eastern Railway was transferred from Russia to Japan and became the South Manchurian Railway. Japan controlled the region until the end of World War II.