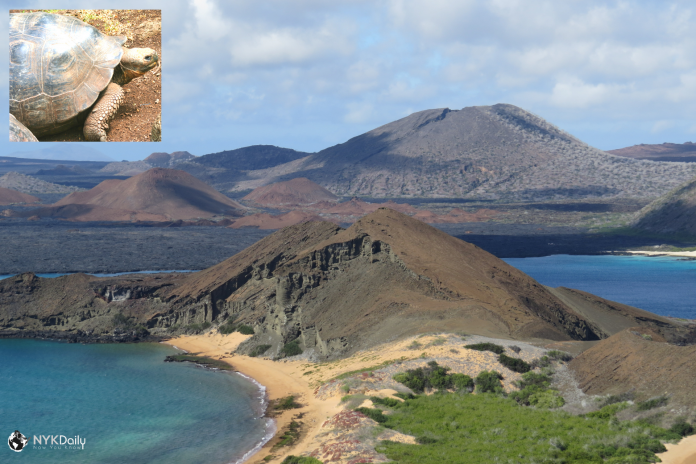 Closely linked with the story of Charles Darwin and his theory of evolution, the Galapagos Islands are one of the most iconic places on earth. Considered to be a part of Ecuador, the Galapagos Islands are a group of volcanic islands located on the two sides of the Equator right in the middle of the Pacific Ocean. The name stems from when it was given the name Insulae de Los Galopegos (meaning Islands of the Tortoises) in 1570 by a Dutch geographer Abraham Ortelius. It would later come under the control of Spain before Ecuador took over in 1832.

Research studies done in the early 1950s by Norwegian scientists discussed this phase of history. They pointed out that the area was populated by native tribes from South America long before the European explorers got to the American continent. These scientists located a flute from Incan civilization and pot shards that dated before the Incan civilization.

But then again, because there were no graves or funerary structures in the area. It was concluded that historically there were no permanent settlements on the Galapagos Islands. The permanent settlement is thought to commence when the Spanish colonizers landed on the continent in the 16th century. One cannot say with certainty which group of voyagers got to the islands first. Possibly, they did not stay for long because of the absence of freshwater.

Records indicate that European discovery and influence upon the Galapagos Islands came about in 1535CE. This happened when a Spaniard who was appointed the Bishop of Panama, Fray Tomas de Berlanga, was on his way to Peru to mediate in a conflict when his vessel went off course due to a change in the environmental factors. That was how De Berlanga and his entourage got to the Galapagos.

By 1570, the Galapagos Islands featured for the first time on maps, and the name itself was given because of the giant tortoises discovered on the islands. In 1593, Richard Hawkins became the very first captain from England to land on the Galapagos Islands. Until the start of the 19th century, the area was the preferred place of refuge for English pirates fond of attacking Spanish vessels conveying precious metals from the South American continent to Spain in Europe.

Europeans continued their voyages to the island steadily, and they did so for different purposes. Some like James Colnett, who visited in 1793, gave a detailed description of the plants and animals on the island and gave his recommendation on how the islands can be used. He was also the first person to come up with correct charts for navigating the islands.

Around this time, whalers and fur traders descended on the islands’ giant tortoises and killed them in their thousands for their shell. These Europeans kept coming and going, but by 1807, the islands had their first recognized permanent human resident in Patrick Watkins, a sailor from Ireland who got stranded on the way.

Many of the Europeans frequenting the islands in the 19th century were interested in whaling or maritime fur trade or to extract shells from the enormous tortoises. Whalers made the best of the condition as they started using the Galapagos Islands as their point for sending and picking letters and other materials needed for maintenance.

Today, the Galapagos Islands are part of Ecuador, but this goes back in time to February 1832 when Ecuador proceeded with the Galapagos Islands’ annexation. But when this annexation was done, the islands were referred to as the archipelago of Ecuador. This name is also still in use till today. Following the annexation, a governor was appointed for the islands. He started populating the islands with sets of convicts with farmers and other workers later on to join the burgeoning population.

The Theory of Evolution

On the ship with him was a young scientist named Charles Darwin. Darwin took the time to do extensive biological and geological studies on many islands, and he was impressed with what he saw. While on the islands, Darwin observed the changes in mockingbirds (now known as Darwin’s finches) that he saw on the islands. He later also got to learn that the tortoises differed from island to island. Darwin also noticed the mockingbirds differed between islands. This led him to increase the depth of his work on his theory of natural selection regarding evolution. This had fundamental changes in the world of science.

For a long time through 1929, a cash-strapped Ecuador had invited potential buyers of the islands to mitigate financial troubles at home. The US had repeatedly declared its interest in buying the islands for military use as they were placed strategically guarding the Panama Canal.

Besides the United States, United Kingdom, Japan, Germany, France, Chile, and Argentina also expressed interest in building bases in the islands at the turn of the century. Chile had previously bought the Straits of Magellan and Easter Island for strategic reasons, and lieutenant Gregorio Santa Cruz argued in 1903 that possessing an island in equatorial waters, like the Galápagos, would be of significant benefit since the geopolitical situation of Chile was supposed to change when the Panama Canal opened drastically. Another advantage would be to widen the security radius of Chile.

In the 1920s and 1930s, a small wave of European settlers arrived in the isles. There occurred a set of unsolved disappearances on the island of Floreana in the 1930s among the mostly European immigrant residents. The Galápagos Affair: Satan Came to Eden is a 2013 feature-length documentary movie about the same. Ecuadorian laws presented all colonists with the chance of getting twenty hectares each of free land, the right to control their citizenship, freedom from taxation for the first ten years in Galápagos, and the right to fish and hunt freely on all uninhabited islands where they might settle.

The earliest European colonists to reach were Norwegians who settled briefly on Floreana, before moving on to Santa Cruz and San Cristobal. A few years later, other colonists from America, Europe, and Ecuador started arriving on the islands, seeking a more simplistic life. Descendants of the German Angermeyer and Norwegian Kastdalen family still live on the islands.

During World War II, Ecuador allowed the United States to install a naval base in Baltra Island and radar stations in other necessary locations. Baltra was established as a United States Army Air Force base. The Crews stationed at Baltra built a geographic triangle of protection in charge of guarding the Pacific for rival submarines and protected the Panama Canal. After the war, the buildings were given to the government of Ecuador. Today, the island continues as an official Ecuadorian military base. The walls and other remains of the US base can still be seen as one crosses the island. In 1946, a penal colony was founded in Isabela Island, but it was suspended in 1959.

The Galápagos was converted into a national park in 1959, and tourism started in the 1960s, commanding several restrictions upon the human population already living on the island. However, opportunities in the fishing, tourism, and farming industries attracted a mass of poor fishers and farmers from Ecuador.