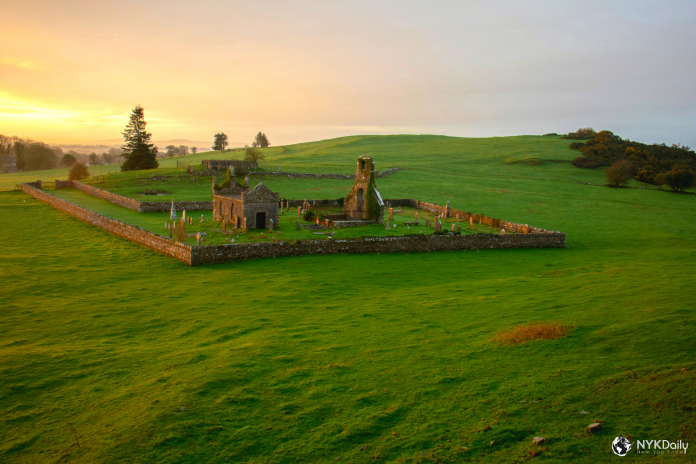 The Catacomb culture was a Bronze Age culture that flourished on the Pontic steppe between 2800–1700 BCE.

Beginning on the southern steppe as an outcome of the Yamnaya culture, the Catacomb culture covered an extensive area. It was Indo-European-speaking, maybe speaking an early form of Thracian or Indo-Iranian. Influences of the Catacomb culture have been seen as far as Mycenaean Greece. It covered the Multi-cordoned ware culture and was ultimately succeeded by the Srubnaya culture.

The Catacomb culture was spread on the Pontic steppe, a region that had earlier been occupied by the Yamnaya culture. This was an extensive area and based on burial practices and ceramic styles, regional variants have been discovered. On this background, the Catacomb culture has, by some, been assigned as a “cultural-historical area” with the regional variants classified as different cultures.

Evidence of Catacomb’s impact has been discovered far outside of the Pontic steppe. Its metal types, burial chambers, and figurines are very similar to those appearing in the eastern Mediterranean and Italy. At the same time, the hammer-head pin, a unique ornament of the Catacomb culture, has been found in Italy and Central Europe. Based on these similarities, migrations and cultural diffusions from the Catacomb culture have been suggested. Similarities between the Mycenaean Greece and Catacomb culture are particularly striking. These include socketed spearheads, types of cheekpieces for horses, and the custom of creating masks for the dead.

Stockbreeding is considered to be the leading economy of Catacomb Culture. Remains of sheep, cattle, horse, goat, some pigs have been discovered. Plant remains are scarce, but traces of wheat, such as emmer and einkorn, have been found. Wooden plows have been found at Catacomb burials, indicating that early agriculture was practiced.

Catacomb ceramics are more complex than those of the Yamnaya culture. Low footed vessels that have been found in female burials are thought to have been used in rituals that included the usage of narcotic substances such as hemp.

Evidence of first composite bows has been discovered from the Catacomb culture. Quivers with space for fifteen to twenty arrows have also been unearthed. Its arrowheads may have inspired those of the Sintashtas.

Its hollow-based flint arrowheads are identical to those of Ancient India, suggesting some trade relations. Stone battle-axes of the Catacomb culture are similar to those of the Fatyanovo–Balanovo culture.

The Catacomb culture is identified for its burials. These expanded the shaft grave of the Yamnaya culture with a burial niche at its core. This is the so-called Catacomb. Such graves have also been discovered in parts of Eastern Europe and Mycenaean Greece.

Deceased Catacomb individuals were buried in a flexed position on their right side. They were often supplemented by ornaments such as silver rings, and weapons such as metal axes and stones, daggers, arrow, and maces.

Animal sacrifices, including hooves and heads of sheep, goat, cattle, and horse, occur in about 16% of Catacomb graves.

Catacomb burials are also followed by wheeled vehicles. Such wagon burials are attested in the older Yamnaya culture and later among Celts, Iranian peoples (Scythians), and Italic peoples. Features of the burial rite of the Catacomb culture have been discovered in the Bishkent culture of southern Tajikistan.