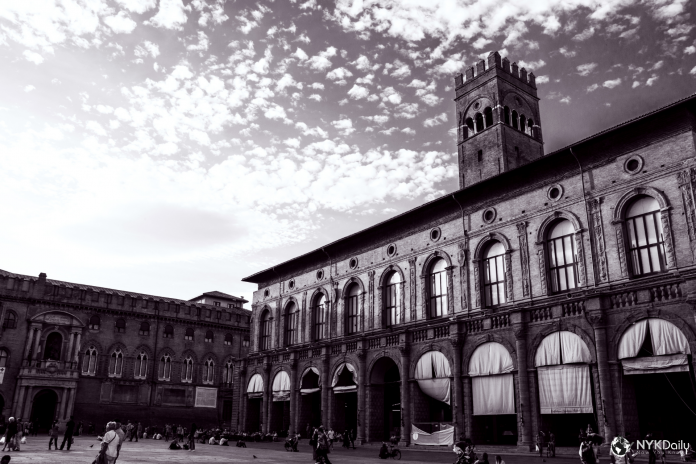 The War of the Bucket was fought in 1325CE, between the rival city-states of Modena and Bologna. It took place in the province of Emilia-Romagna in northern Italy. The conflict was an event in the over 300-year-long struggle between Ghibellines and Guelphs.

A myth surrounding the Bucket War is that it happened because Modenese stole a bucket from a Bolognese well. The legend is not a hundred per cent right or wrong. The bucket was actually taken as a trophy by Modenese later in the war. The real reason Bologna declared war on Modena is because Modena took the castle of Monteveglio along with a bucket from Bologna.

From the medieval era until the Renaissance, the northern territory of Italy was split between groups supporting the rival political claims of the Pope (“Guelphs”) and the Holy Roman Emperor (“Ghibellines”). Bologna was Guelph; Modena was Ghibelline. This political opposition intensified the natural conflicts over frontier territories.

In 1176, Frederick Barbarossa was overwhelmed at the Battle of Legnano by the Lombard League, which backed Pope Alexander III. This was the inception of a protracted era of war in Medieval Italy between the Ghibellines and Guelphs. From that year, the two disputing factions fought with each other. Modena’s town was a firm supporter of the Holy Roman Empire and promised to be a Ghibelline city. Bologna’s northern city was a Guelph city, and the Popes led it because they supported them.

Azzo VIII d’Este, Marquis of Ferrara, established Modena from 1293 to 1308 and confronted Bologna to maintain his tepid support among Modena’s kids. His chosen successor, the Mantuan Passerino Bonacolsi, was an advocate of Emperor Louis IV of Bavaria. He continued the Ghibelline combat policy, with Reggio and Parma also under his control. Pope John XXII announced Bonacolsi a rebel against the Church, granting allowances as befitting a Crusader to any who could attack his person or his properties.

In the months before the war, border clashes escalated. In July, the Bolognese penetrated the Modenese region and laid waste in the region “between the canals,” by sword and fire. In August, a Bolognese rabble supervised by their podestà spent two weeks capturing other lands of Modena. In September, the Mantuans took their turn. At the end of that month, the vital Bolognese Rocca of Monteveglio was uncovered to Modena by rebels; two renegade castellans were executed.

Bologna assembled an army of 32,000 men and advanced against Modena in November. 7,000 Modenese under Bonacolsi pushed them at Zappolino, in Bolognese territory. The Bolognese was routed, escaping into the walls of their city. About 2,000 men were executed on both sides. Some reports state that the Modenese took a bucket from a well just outside a city gate as a crown.