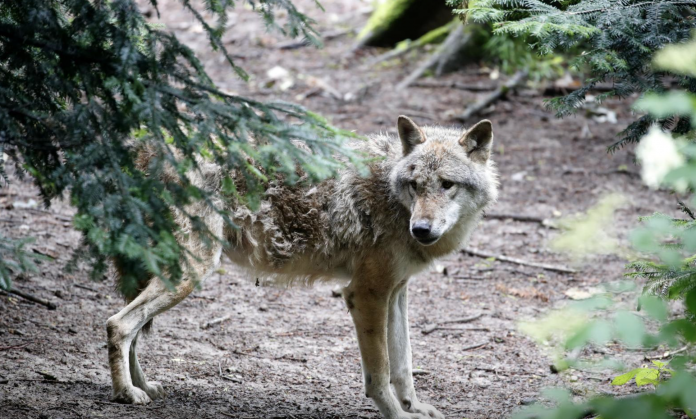 Rival sides are squaring up over a resurgent Swiss wolf population, ahead of a vote on Sunday which could make it easier to shoot the predators whose global comeback has also inflamed passions in the United States, Germany and France.

A reboot of a 1980s Swiss hunting law, backed by farmers and opposed by wolf advocates, would give regional authorities power to kill wolves deemed a threat to livestock before they attack.

Under the proposals, wolves would be classified as protected, but regulated. They could also be shot if they are seen as having lost their fear of humans.

Currently, a lone wolf must attack 25 farm animals in a month, or 15 if there was damage in the previous year, before officials can authorise its killing.

The government can also allow half of the wolf pups in a pack to be culled if 15 livestock are killed in its territory within four months. There are other restrictions.

Above a wild stretch of the Rhine River near the mountain village of Ilanz, farmer Martin Keller last year lost 59 sheep to wolf attacks. This year, he installed 25,000 Swiss francs ($27,300) worth of electrical fencing. While Keller’s livestock went unscathed this summer, his farm’s finances suffered.

“The law’s opponents always talk about a ‘Shoot-to-kill’ initiative,” said Keller. “We don’t want to kill all the wolves. All we want is to be allowed to regulate problem wolves, and that local decisions can be made more easily.”

The country’s wolves were eradicated by the 19th century, but returned from hold-out packs in Italy in recent decades and now number about 100 animals in 11 packs, with some lone wolves, according to Ralph Manz of the publicly-funded Swiss wolf monitoring organization KORA.

Their recovery has inflamed emotions akin to those that flared after the 1990s, when wolves were re-introduced to the U.S. Rocky Mountains.

Their fate is also at the centre of shifting modern political power as agricultural communities affected by the predator’s return compete with a more-urban conservation lobby.

Wolf hunts in Idaho, Wyoming and Montana, where there are now more than 2,000 of the predators, have entrenched positions, with animal activists angered by so-called “wolf derbies” where hunters compete to shoot the animals.

Some studies show Switzerland, with ample prey like deer or wild boar, has habitat for 60 packs, a figure the hunting law’s proponents dispute.

“We have relatively little room for wolves,” said Georges Schnydrig, a farmer-politician from Switzerland’s Valais region who raises black-nosed sheep. “The law is a compromise that says, ‘If we can regulate wolf numbers, all stakeholders can find common ground.’ “

The Swiss government says the revisions give more power to cantons to regulate wolves while still ensuring that packs thrive. The last hunting law dates from the 1980s, before wolves returned permanently to the country.

Foes of the changes say they hand too much power to the regions, including in Valais where some have called for their extermination.

They also contend the 300-500 Swiss sheep, goats and cattle lost annually to wolf raids represent just a fraction of the thousands killed by disease or accidents.

Given some 87% of livestock killed by the carnivores were unprotected, according to one Swiss canton’s tally, pro-wolf groups argue heavily-subsidised farmers should deploy more fences, shepherds and herd dogs, not guns. Sheep farmers in 2018 got 15.7 million Swiss francs ($17 million).

Farmers including Keller receive some payments to install fences, though they say they must bear most of the cost themselves for the extra measures.

Wolves rarely attack people. Some tourist communities though back controls, arguing hikers and mountainbikers could be scared off by herd dogs trained to guard sheep or mother cows that have grown aggressive to protect their young as wolves move in.

Regardless of the outcome, KORA’s Manz predicts debate will continue since wolf numbers are likely to keep rising.

“The wolf’s return intrudes on tradition and private property,” he said. “An animal that intrudes on property is an enormous challenge for humans. People aren’t used to that.”