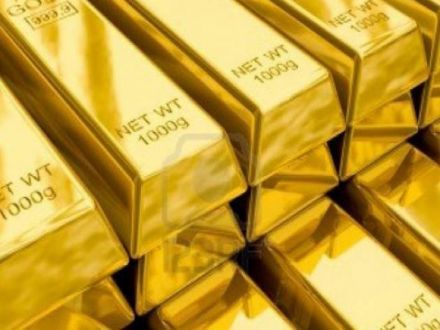 Gold prices fell on Tuesday on a strong dollar but the metal held in a tight range buoyed by lingering economic concerns as investors awaited policy cues from the European Central Bank.

If the U.S. Federal Reserve does not announce any fresh fiscal push while the ECB announces some stimulus package, “in dollar terms, gold will face some headwinds,” said OANDA analyst Craig Erlam.

The dollar strengthened against its rivals, making gold more expensive for holders of other currencies, amid bets that policy signals from the ECB on Thursday could weigh on the euro.

Market players also awaited the policy meeting of the Bank of Canada on Wednesday, while the U.S. Fed’s next meeting is scheduled for next week.

Global central banks have saturated markets with extraordinary liquidity steps to offset the economic damage inflicted by the coronavirus, sending gold 26% higher this year as it is considered a shield against inflation and currency debasement.

(However) “Inflation expectation have come down a bit and with that real yields move higher, and that’s also having a small negative impact on gold,” said Saxo Bank analyst Ole Hansen.

“So far, the selling we’ve seen is mostly light profit taking, (and) the overriding gold supportive theme has not gone away, that also means we don’t expect a deep correction as such.”